Slack targets ‘conservative’ Australia after its takeover by Salesforce

Slack’s popularity has benefited from the coronavirus lockdowns, with many local companies turning to the platform to enable communication between staff working from home. But Mr Butterfield said Australia had been a challenging market before the pandemic took hold.

“Australia is a very important market and interestingly, harder to crack than some other markets,” he said. “The customers that we reach in Australia tend to be either resource extraction or financial services, the biggest companies in Australia are pretty concentrated in those sectors, and they’re frankly more conservative and it’s taken us longer to make real progress.” 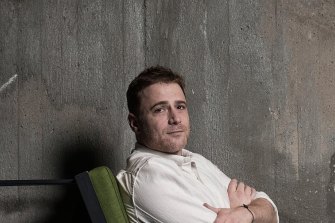 Salesforce’s $US27.7 billion ($36.5 billion) acquisition of Slack, set to complete in July, will provide Slack with both the funding and corporate relationships to boost the messaging service’s adoption in Australia.

“Australia is a market that we should be enormously successful in, and the track record has been really good but there’s room for a lot more expansion and a lot more opportunities, ” Mr Butterfield said.

The deal is yet to get regulatory approval, with both the Australian Competition and Consumer Commission and the United States’ Department of Justice undertaking investigations, but assuming it goes through Mr Butterfield is confident it will give Slack the push it needs locally.

“It’ll mean a pretty big boost to the business, obviously, Salesforce is a much larger company and has real inroads” with large corporate customers, he said. Having a literal sales force for its platform should also help Slack compete with Microsoft’s Teams product, which it had struggled to come up against after the tech giant bundled Teams with its Office 365 product suite.

When the Salesforce acquisition was announced, Forrester Research analyst Kate Leggett described it as “a stellar exit strategy for Slack” as “Microsoft Teams is eating Slack’s lunch”.

Mr Butterfield’s own bank balance will also get a significant boost from the deal. He’s set to receive just under $1 billion for his Slack shares alongside around 3 million shares in Salesforce.

Mr Butterfield started Slack in 2009 after realising the ad hoc tools he developed with co-founders Cal Henderson, Eric Costello and Serguei Mourachov to communicate at their video game company Glitch could be useful for other workplaces.

Slack won’t provide user numbers in Australia, but the platform has 156,000 paying customers globally and Mr Butterfield said its usage has grown locally by 93 per cent for the financial year.

Slack listed on the New York Stock Exchange in 2019 and last year reported revenues of $US902 million, an increase of 43 per cent on the previous year.

Mr Butterfield is focused on building out Slack’s product suite ahead of the takeover with the release of a new Slack Connect DM, enabling Slack users to communicate outside of their organisations, and the development of a video feature called ‘Huddles’.

“We’re looking at this moment as an opportunity to kind of reinvent the ways that we work with a little bit of light at the end of the tunnel with respect to the pandemic and coming of vaccines and gradually opening back up,” Mr Butterfield said.

A spokesperson for Salesforce declined to comment on the tie-up as the acquisition is under regulatory review.