New York (CNN Business)JetBlue is going hostile in its effort to acquire Spirit (SAVE), the latest twist in an industry battle for the low-cost carrier.

Spirit previously rejected a takeover offer from JetBlue (JBLU), favoring an earlier deal to merge with fellow budget airline Frontier.
Now, JetBlue is appealing directly to Spirit’s shareholders, urging them to vote against the Frontier deal while launching its own all-cash offer of $30 per share.

JetBlue said in a statement Monday that its offer represented a “60% premium to the value of the Frontier transaction.” The airline added that it was willing to negotiate a $33-per-share deal if Spirit agrees to provide information about its business that JetBlue claims has been withheld.

“The Spirit Board failed to provide us the necessary diligence information it had provided Frontier and then summarily rejected our proposal, which addressed its regulatory concerns, without asking us even a single question about it,” JetBlue said in a letter addressed to Spirit shareholders. “The Spirit Board based its rejection on unsupportable claims that are easily refuted.”

Spirit rejected a $33 a share cash offer from JetBlue on April 2, saying that it didn’t believe a merger with the company would be cleared by regulators, and that “given this substantial completion risk, we believe JetBlue’s economic offer is illusory.”

Instead, the Spirit board said it was sticking with a cash and stock deal it reached in January with Frontier. That deal was valued at that time at $25.83 for each Spirit share. But Frontier shares have since fallen.
Shares of Frontier were slightly higher in premarket trading Monday on news of JetBlue’s hostile takeover attempt, but even with the rise, its offer for Spirit is worth less than $20 a share. Shares of Spirit were also higher on the JetBlue news, while JetBlue shares were narrowly lower.
Spirit did not immediate reply to a request for comment.

If Spirit and Frontier were to combine, the new airline would leapfrog JetBlue (JBLU) and Alaska Air (ALK) in the number of miles flown by paying passengers, according to 2021 statistics, putting it behind the four major airlines that control about 80% of the nation’s air traffic — American (AAL), Delta (DAL), United (UAL) and Southwest Airlines (LUV).
Both Spirit and Frontier operate as ultra low-cost carriers, with very low base fares and extra charges for just about anything else a passenger needs, including carry-on baggage.
They depend much more on bargain-hunting leisure travelers, and carry fewer business travelers than their larger rivals. Spirit argues that the fact that JetBlue charges higher fares on average than Spirit or Frontier is another reason that regulators are unlikely to accept a deal.
“Spirit believes that merging with Frontier will enable the combined ultra-low cost carrier business to achieve scale, improve operational reliability, have increased relevance to consumers, and do an even better job of delivering ultra-low fares to more consumers and competing more effectively against the Big Four carriers, as well as against JetBlue,” Spirit said two weeks ago when it rejected JetBlue.
But JetBlue argued at that time that its fares are lower than those on the four major airlines, and when it enters a new route, fares for the major carriers are cut by about 16% because of the competition. The company said that is greater than the reduction in fares by the big four when either Spirit or Frontier enter a market.

Although passengers might like low fares, many don’t like the experience of flying with the low-cost airlines.
Spirit had by far the highest number of complaints, with 13.25 complaints per 100,000 passengers, from January through September 2021, according to the US Department of Transportation. JetBlue had the second most complaints on that basis with 6.85, while Frontier had the third most in the industry with 5.76. Frontier had by far the worst rate of complaints in the same period of 2020, when it recorded 60.24 complaints per 100,000 customers. 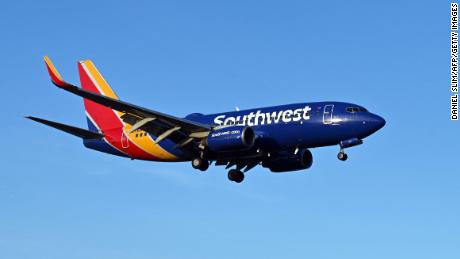 The Biden administration has been much more active in challenging mergers and other combinations with the stated goal of promoting greater competition.

For example, JetBlue recently entered into an alliance with American Airlines that allows the two carriers to book passengers on each other’s flights. In September, the Justice Department sued to end the agreement, saying it was bad for competition and airfares in the Northeast.
Both American and JetBlue have argued that passengers benefit from the agreement and are fighting the suit. Spirit argues that as long as JetBlue’s alliance with American remains in place, there is no chance that JetBlue would be allowed by regulators to buy Spirit.
Source: Read Full Article