AMP reels from scandal amid calls for scrutiny of workplace investigations

Wealth giant AMP has refused to release key documents from an internal probe into sexual harassment complaints against a top executive, sparking calls for greater scrutiny of workplace investigations into misconduct allegations.

Negotiations over the release of the investigation report into the complaint by former AMP employee Julia Szlakowski against former AMP Capital Boe Parahi have hit a stalemate after the financial services provider declined to hand over documents demanded by her lawyers. 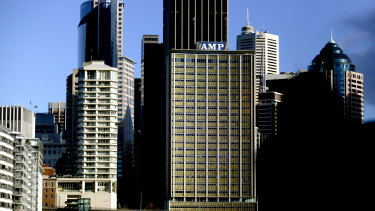 AMP is reeling from a scandal. Credit:Michel O’Sullivan

The lawyers requested a cache of documents that underpinned the investigation – including any drafts and communications between AMP and Andrew Burns QC who was commissioned to lead the probe.

Mr Pahari was demoted from his position as the head of AMP Capital on Monday with chairman David Murray and board director John Fraser both resigning after mounting pressure from investors for accountability of the sexual harassment complaints levelled against Mr Pahari.

Maurice Blackburn principal Josh Bornstein, who is representing Ms Szlakowski, has been a persistent critic of workplace investigations into misconduct, claiming they are unregulated and companies often incenstivise investigators to produce watered down reports.

"Workplace investigators act under the radar and in the private sector are not properly regulated," Mr Bornstein said. "Regrettably, over the years I have seen many cases in which organisations have predetermined an outcome and then retain a workplace investigator to deliver it."

Human rights lawyer Julian Burnside said AMP's refusal to release the documents raised questions about the independence of the report. "If they won’t release drafts or communications between the organisation and the investigator, that gives plain reason for wondering about the influence that’s been exercised," Mr Burnside said.

Mr Burnside said a QC was unlikely to be subject to pressure by AMP, but the company may have withheld information or materials that could influence the outcome of the investigation.

"The question was – were they given everything they were needed to be given?" Mr Burnside said.

Mr Burnside said the corporate regulator, the Australian Securities and Investments Commission, should be called upon to oversee workplace investigations that are in dispute.

Law firm Clayton Utz was heavily criticised in the banking royal comission for providing AMP with 25 drafts of a report it sent to ASIC over conduct breaches in its financial planning division. At the time former Victiorian premier Jeff Kennett said the firm should face a decade-long ban from taxpayer funded work over the issue.

However, Mr Kennett said he did not think ASIC oversight into workplace inquiries was necessary. "I’m not in favour of just continuing every time there's a challenge to load up the regulators."

Meanwhile, three senior employees resigned from the firm, including Genevieve Murray who spent three years at AMP Capital and has now joined the Future Fund.

And consulting firm Jana, which advises some of the nation's top super funds, recommended clients avoid doing business with AMP until its culture improves and it "embraces diversity and is free from discrimination or harassment".

Jana chief executive Jim Lamborn welcomed the leadership changes, including the resignation of chair David Murray, but said there was more work to do. "AMP’s board and management badly miscalculated the response from the broader marketplace on this important matter."