Schools will not return full-time if 2m distancing rules are still in place, say academy leaders

Academy leaders have poured cold water on the government’s plans to get all children back to school full time by September, saying lessons will not be logistically possible if 2m social distancing guidelines remain in place.

Education secretary Gavin Williamson was earlier this week forced to abandon his pledge to get all primary pupils in England to return before the summer holidays due to social distancing concerns, with a former head of Ofsted describing the failure as “absolutely astonishing”.

Some schools had already begun a phased return of pupils from 1 June — including reception, year one and year six — almost eight weeks after Boris Johnson announced nationwide closures due to the Covid-19 pandemic.

Sharing the full story, not just the headlines

Teachers have been attempting to keep groups of children in the same room, with staff and classmates in “protective bubbles” of up to 15 people in a bid to help limit transmission of the disease.

The government wants all schools and pupils back in the classroom by the autumn, but education bosses say current rules mean that many institutions will only be able to operate at around 50 per cent of capacity.

Hamid Patel, chief executive of the Star Academy group, which runs some of the UK’s best performing schools, is calling for urgent recognition that schools may not be able to fully reopen unless drastic action is taken.

Mr Patel, who also sits on the board of the education watchdog Ofsted, told the BBC that if the ambition is “genuinely for all schools to reopen in September, open and honest discussions are needed” about what “workable solutions” could be achieved.

MPs, including the Conservative member for Harlow, Robert Halfon, have warned that children face an “ice age” of lost learning if schools can not open by September.

The Independent has contacted the department for education for comment.

Earlier this week, Labour leader Keir Starmer told the Boris Johnson that he must take responsibility for the “completely avoidable mess” of failing to reopen schools, accusing the prime minister of “flailing around trying to blame others”.

Starmer said the delay left the government’s plans for schools “in tatters” and repeated Labour demands for the establishment of a national task force including unions, parents’ representatives and medical experts to work out a way to get children back into the classroom safely.

No hype, just the advice and analysis you need

“It’s time he took responsibility for his own failings,” he told the House of Commons on Wednesday during prime minister’s questions. “This mess was completely avoidable. The consequences are stark.”

The PM appeared to blame teaching unions for his failure to get children back to school, telling Starmer to encourage “his friends in the left-wing trade unions” to do more to help schools get ready to open.

This accusation was used by Tory MP and education select committee member Tom Hunt earlier in the day during a robust exchange with the BBC’s Victoria Derbyshire.

Mr Hunt said that he has been disappointed by the lack of progress on resuming lessons for primary school children, but refused to criticise his boss in Downing Street, instead blaming unions for their lack of cooperation. 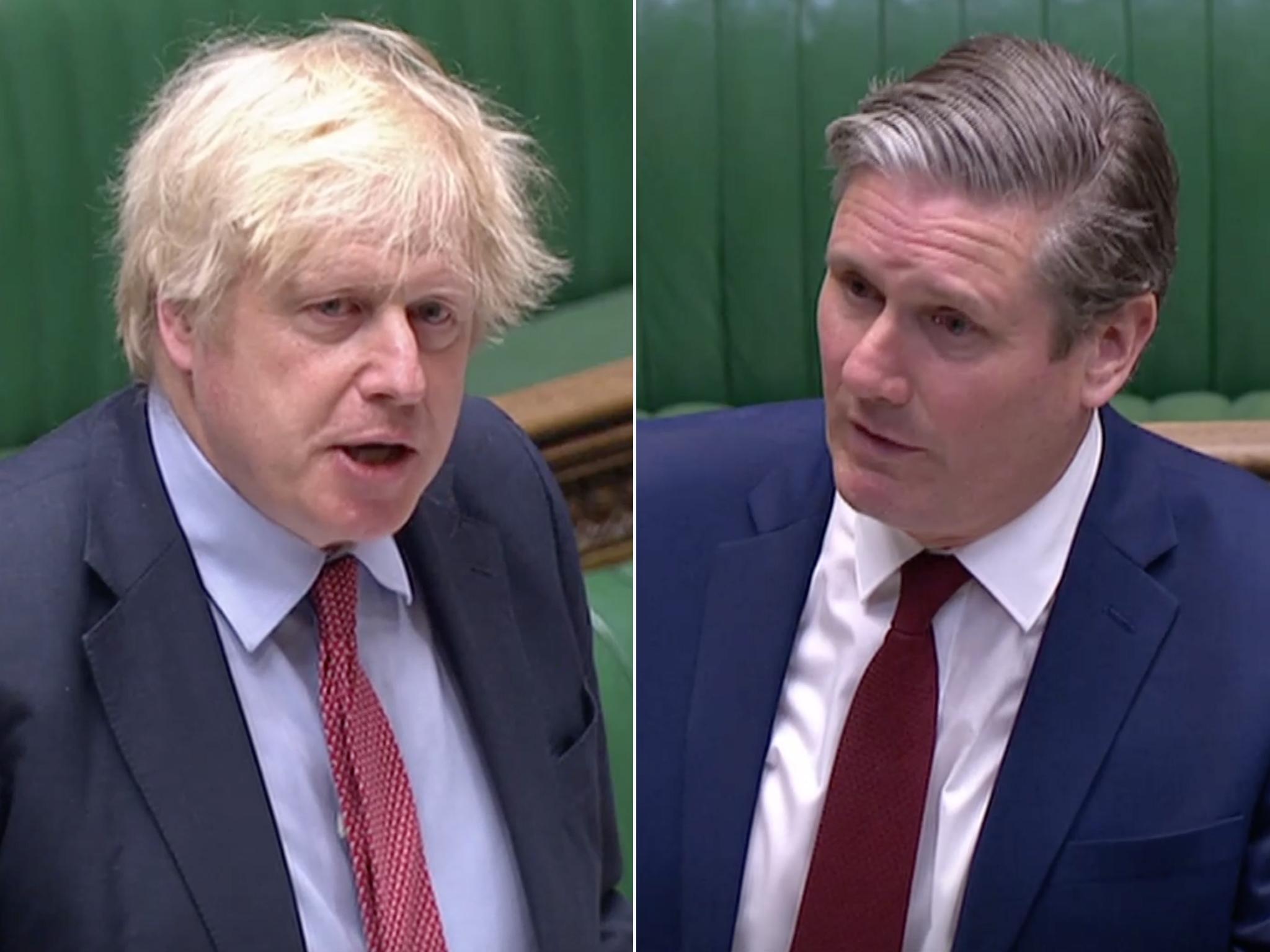 “Well I think that some of the largest teaching unions, such as the National Education Union (NEU), they haven’t been particularly productive and positive in the discussions,” said Hunt.

“I have to be honest with you, I think the vast majority of those involved in education are motivated by what is in the best interests of the children.

“But unfortunately, I’ve come to the conclusion that there does seem to be many people, particularly those involved at senior levels in teaching unions, who seem to be more motivated by scoring political points than getting as many children as possible back to school.”

Asked what evidence he had to back up the claim, Hunt accused the NEU of “actively discouraging” teachers from conducting online lessons.

Hunt was then asked by Derbyshire who exactly had made the comment, to which he replied: “I’ve got the quote …” but added that it was “not to hand”.