Home » Education » ‘Digital poverty’ in schools where few have laptops

‘Digital poverty’ in schools where few have laptops 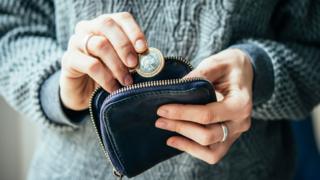 “In our schools, 60% to 70% of children wouldn’t have laptops,” says Wayne Norrie, head of an academy trust with schools in disadvantaged areas.

With schools closed and pupils studying online at home, he says, it is important to recognise the social gap in access to technology.

“Coronavirus has revealed the scale of the digital divide,” he says.

The Department for Education in England has promised laptops will be lent to some poorer teenagers.

Year 10 pupils without access to a computer, and those with social workers, will be able to apply soon, with the first laptops promised in the next couple of weeks.

Mr Norrie, chief executive of Greenwood Academies Trust, with 37 schools in the Midlands and east of England, says many families rely on a single mobile phone for an internet connection, which is “not realistic” for online learning and streaming video lessons.

“Many don’t have broadband contracts,” he says.

The schools have been providing laptops and some families have their own tablet computers – but there are still barriers in terms of parents’ IT skills and children having space to study.

In his school, 24% of pupils are effectively offline, in terms of being able to study from home.

Their families might have mobile phones with internet connections – but for those in low-paid, insecure jobs, data is expensive.

“If families are struggling, the priority is going to be food, not data,” he says.

As well as missing out on learning, those without online connections miss “the sense of belonging” from staying in touch with their friends and teachers, Mr Morden says.

The lockdown and the closure of schools has “brought the digital divide to the forefront”, he says.

There has been a new virtual academy launched and the BBC has provided educational resources – but those without internet access or usable computer devices are being left behind.

Mr Morden’s school has been lending laptops – but for families with several school-age children, one might not be enough.

Seb Chapleau, director of the Big Education Conversation charity, says it is “important to understand that this is a deep problem across many schools”.

The Co-op Academies Trust is providing 1,000 computer devices across its 24 schools.

Chris Tomlinson, who chairs the trust, says online lessons are “no good if the children don’t have the necessary hardware to access the internet”.

The AET academy trust, meanwhile, is providing 9,000 laptops across its 58 schools.

Chief executive Julian Drinkall says the lockdown has made technology an educational necessity.

And Harlow MP Robert Halfon, who chairs the Education Select Committee, suggests educational programmes could be put on free-to-air television to reach those not online.