Nearly 5 million GCSEs will this week be awarded using a controversial model that education experts fear could lead to even more results being downgraded than in last week’s A-levels fiasco.

According to analysis shared with the Observer, more than 4.6 million GCSEs in England – about 97% of the total – will be assigned solely by the algorithm drawn up by exam regulator Ofqual. Teacher rankings will be taken into consideration, but not teacher-assessed grades submitted by schools and colleges.

Natalie Perera, executive director of the Education Policy Institute thinktank, said: “We will almost certainly see a repeat of the many problems seen with A-levels, only with GCSEs they could be more severe. A larger year group, combined with the fact that GCSE grades are often harder to predict, will mean that Ofqual could place even greater emphasis on its standardisation model. There is a real risk that even more grades will be pushed down as a result.”

The government is expected to face new legal challenges over its results algorithm within days. The Observer has seen a lawyer’s letter drawn up on behalf of A-level students marked down two grades or more from the scores predicted by their teachers.

It claims that despite the controversy about the awarded grades, the pupils involved are unable to use the appeals process because it is too narrowly drawn. The letter, drawn up by the Good Law Project, warns that the grades they were awarded did “not reliably indicate their knowledge, skills and understanding of the subject”.

Gavin Williamson, the education secretary, has already announced that appeals will be free of charge, after a mounting rebellion among Tory MPs. Exam boards have confirmed they will be ready to process these from Monday, with pupils able to use mock exams as part of their appeal. In a further concession on Saturday, Ofqual said pupils who had not taken a mock exam could appeal using a “non-exam assessment mark”.

Liberal Democrat acting leader Ed Davey has called for Williamson to resign. While Labour’s shadow education secretary, Kate Green, stopped short of that, she said he had “a few days to demonstrate that he’s now going to do it right”.

Anger continues to mount on the Tory backbenches. Robert Halfon, the Tory chair of the education select committee, said: “Ofqual needs to explain with every school and every college what’s going on, and how its algorithm has worked. But above all, we better have a robust appeals system. That’s the only way we can solve this now. We’ve just got to make sure that this is an exam system for the many, not the few.” 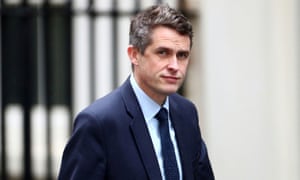 The legal threats create more uncertainty over this summer’s results. Ofqual has confirmed that the same model used for A-levels will be deployed for GCSEs. For each subject, teachers were asked to give each pupil a grade and then place all pupils in rank order. But if the subject had more than 15 entries in a school, Ofqual decided the predicted grades would not be used, instead relying on the ranking. Research by upReach, a social mobility charity, predicts that about 4.6 million grades will be awarded using the algorithm and teacher rankings of pupils, but not teacher-assessed grades.

Its study also raised concerns about how the model’s use of historic grade data could hit disadvantaged pupils, potentially benefiting those from private education.

“Last year, GCSE grades at independent schools averaged 1.5 grades higher than at state schools and showed much less variation,” said John Craven, the chief executive of UpReach. “This statistically further reduces the likelihood of a private school student being downgraded by the algorithm. Put simply, fewer students are at risk of being downgraded when the historical grades at their school are mostly higher grades and there is little variation in the grades awarded.”

Its study estimates that at least 11% of private-school grades will take into account the teacher-assessed grades, but that will only be true of 1.4% of state-school grades. “A typical private school student is going to get at least one grade which is based on their teacher’s assessment,” said Craven. “Ofqual is saying teachers’ assessments have been over-optimistic. If this is the case for GCSEs too, private school pupils will be advantaged with their GCSE results in exactly the same way they have at A-levels.”

The government said that as well as making appeals free, a taskforce had been set up, chaired by schools minister Nick Gibb and including Ofqual and the exam boards, to speed through appeals.

Ofqual said: “We extensively tested possible variations of the model to ensure we selected the one which gives students the most accurate results possible.

“The model used showed similar levels of accuracy to that seen in other assessment – marking for example. But of course, in this context, it is important to remember that students have not actually taken an exam, these can only ever be our best estimates of the grades students would have achieved.”