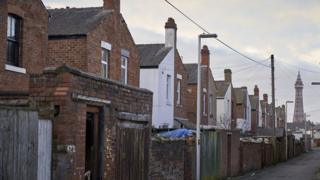 A catch-up premium of £700 for every pupil on free school meals should be given to secondary schools when they reopen, say northern MPs and peers.

They believe such a premium would help prevent poorer children in England falling behind their classmates because of school closures due to Covid-19.

It would fund up to two-and-a-half hours of tuition for six to 12 weeks.

Fifty MPs from the North have written to Education Secretary Gavin Williamson to make the case for £300m of funding.

Mr Williamson is due to appear before the Education Select Committee later, to face questions about the Department for Education’s response to the coronavirus outbreak.

Two MPs who sit on the committee have signed the letter – Ian Mearns, Labour MP for Gateshead, and Christian Wakeford, Conservative MP for Bury South – and will raise the issue at the hearing.

Robert Halfon, a senior Conservative MP who chairs the committee, has already called for a such catch-up premium.

In a letter to Mr Williamson, the Northern Powerhouse Partnership says the current situation has kept children away from their teachers and schools.

“The most disadvantaged children fall behind their peers over a long summer holiday, and the shutdown will widen the North’s disadvantage gap, and with it the North-South education divide,” it says.

“We need to deal with the consequences of this crisis for the most vulnerable in our society, and that must include children from low-income households.”

The letter says children from the North of England are particularly likely to be from economic and ethnic groups that make the slowest progress at secondary school, including white working-class pupils.

Providing disadvantaged children with computers and connectivity is “a welcome first step”, the letter says, but these children need long-term support.

“A catch-up premium of £300m across England is what is required – an entitlement of at least £700 for every secondary school pupil on free school meals – to fund timely interventions which would require around 30 minutes of tuition, three to five times a week over a six to 12-week period.”

This compares with an average in England of 14.1%

“Schoolchildren in the North from longstanding disadvantaged backgrounds were already falling behind their peers in other parts of the country, widening the North-South divide in educational attainment,” said NPP vice-chairman Lord O’Neill.

“The Covid-19 crisis has made that situation even worse, as many children have little or no learning resources at home.

“The catch-up premium today supported by so many of our MPs and peers from all parties is vital to allow children all over the North, and the whole of the nation, to have the same chances as everyone else.

“Otherwise we risk those affected falling even further behind, possibly never to catch-up.”

A Department for Education spokeswoman responded: “We will do everything possible to make sure no child, whatever their background, falls behind as a result of coronavirus.

“The government has already committed over £100m to support remote education, including providing devices and internet access to those children who need it most.”

Schools were also continuing to receive the pupil premium to help them support their disadvantaged pupils, she added.

“The department is considering, with a range of partner organisations, how best to support all pupils to make up for time out of school.”