A bitter dispute at an Oxford college involving accusations of “scandalous behaviour”, which were later thrown out by a retired high court judge, is damaging the institution’s reputation, the Charity Commission has said.

The commission has ordered both sides at Christ Church, a charitable body and the alma mater of 13 British prime ministers, to enter into a mediation process without delay.

In a statement, the commission said it was concerned that “the very protracted and public dispute between the college’s governing body and its dean is damaging to the reputation of the charity, and affecting its ability to govern itself”.

The move comes after 41 members of the college’s governing body last month called on the Charity Commission to help remove the dean, Martyn Percy, from the board of trustees. Percy had shown “unsound judgement and a consistent lack of moral compass”, their letter said. 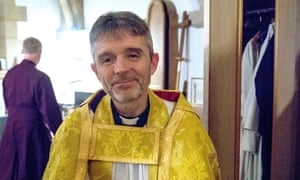 A week later, another letter to the commission, signed by more than 50 of Percy’s supporters, including George Carey, the former archbishop of Canterbury, and other senior Church of England figures, said the dean was “a man of consistently good character, an exceptional scholar, a respected public servant, and an outstanding Christian leader”.

The dispute, which erupted almost two years ago, centred on Percy’s pay and his efforts to reform the college’s governance. He was suspended after being accused of behaviour of an “immoral, scandalous or disgraceful nature”, the wording of the college’s statutes under which a dean can be removed.

The college hired Sir Andrew Smith, a retired high court judge, to chair a tribunal on the dispute. After a hearing behind closed doors last June, Smith dismissed the complaints against Percy and ordered his reinstatement.

The dispute has cost the college an estimated £2m in legal fees. It is also thought to have lost millions in cancelled bequests and donations.

Percy, who is facing personal legal costs running into hundreds of thousands of pounds, has reportedly rejected a £1m payoff to leave his post. He is taking the college to an employment tribunal with the case due to be heard next year.

Helen Stephenson, chief executive of the Charity Commission, said: “It is not our job, as charity regulator, to referee disputes. Our role is, instead, to ensure that charities are governed effectively, charitable funds are properly accounted for, and trust in charity is maintained.

“In these exceptional circumstances, we have told the parties to the dispute to enter mediation, without which it is difficult to resolve issues in the charity in any reasonable timescale.”

Christ Church was founded by Henry VIII in 1546. As well as 13 British prime ministers, it is the alma mater of 10 chancellors of the exchequer and 17 archbishops. Among its former students are King Edward VII, Albert Einstein, Lewis Carroll and WH Auden. It is one of Oxford’s richest colleges, with funds of more than £500m.