Workers who had only just started new jobs before coronavirus hit UK businesses are caught in a “furlough trap”, with the government scheme to cover 80% of their income unavailable to their employers.

When the crisis first hit, the chancellor, Rishi Sunak, announced that businesses would be able to apply for help paying the wages of staff who they would otherwise have been forced to make redundant as the economy stalled.

Under the job retention scheme, firms would be able to keep people on, even if they were unable to work, and reclaim wages of up to £2,500 a month for each worker.

Initially the scheme applied to workers who were on their employer’s payroll on 28 February, but on Wednesday the Treasury said the cut-off date would be changed to 19 March. This move, to the day before the scheme was announced, would mean more than 200,000 extra people could qualify, the Treasury said.

But while the change was welcomed as progress, it does not cover everyone who recently switched firms, or seasonal workers who were about to start posts at holiday parks, airports and youth hostels.

They have been laid off and will need to apply for universal credit, even though their employers have said they are keen to take them on again when the lockdown ends.

“This new date will come as an enormous relief to thousands of people who had been let go, and through horrible bad luck had slipped through the net of the furlough scheme,” says Sarah Coles, a personal finance analyst at the advice firm Hargreaves Lansdown.

“Unfortunately, the detail of the change means not everyone employed by 19 March will be brought into the scheme. You also have to have been on your new employer’s payroll – and HM Revenue & Customs must have been notified of it by this date. If your employer usually notifies HMRC of changes at the end of each month, you would have had to have started by the end of February to qualify.”

UK government support for workers and businesses during the coronavirus crisis

Direct cash grants for self-employed people, worth 80% of average profits, up to £2,500 a month. There are similar wage subsidies for employees.

Government to back £330bn of loans to support businesses through a Bank of England scheme for big firms. There are loans of up to £5m with no interest for six months for smaller companies.

Taxes levied on commercial premises will be abolished this year for all retailers, leisure outlets and hospitality sector firms.

Britain’s smallest 700,000 businesses eligible for cash grants of £10,000. Small retailers, leisure and hospitality firms can get bigger grants of £25,000.

Government to increase value of universal credit and tax credits by £1,000 a year, as well as widening eligibility for these benefits.

Statutory sick pay to be made available from day one, rather than day four, of absence from work, although ministers have been criticised for not increasing the level of sick pay above £94.25 a week. Small firms can claim for state refunds on sick pay bills.

Local authorities to get a £500m hardship fund to provide people with council tax payment relief.

Mortgage and rental holidays available for up to three months.

Some workers who contacted the Guardian to say they did not qualify for the scheme had already worked in their jobs for several weeks but were not yet on the payroll at their new firm. Others were not yet due to start with their new employer but had been told not to turn up for their first day.

The change to include more people in the scheme followed a petition, which by Friday had been signed by more than 70,000 people calling for these workers to be considered, and lobbying by MPs around the country on behalf of their constituents.

Mark Tami, the Labour MP for Alyn and Deeside, is one who has written to the chancellor. He says: “I fully support the pledge from Rishi Sunak that nobody will be left behind, but he must now deliver on this. That means putting support in place for new starters.”

Tami says the Treasury should consider a scheme based on previous earnings, similar to that being offered to the self-employed.

“The alternative is that a large group of people are thrown on to universal credit or new-style benefits – if they’re lucky. Given senior cabinet ministers have said that they couldn’t live on statutory sick pay, which is more than these benefits, it seems wrong to expect people unlucky enough to have been caught in the chancellor’s furlough trap to do so.”

The March date has allowed Adrian Mooney, who runs an industrial services company in Belfast, to furlough a new staff member who he had previously told he could not help. 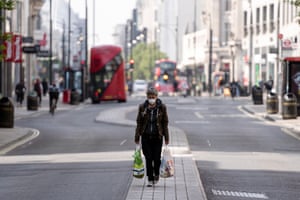 Mooney says he is delighted that the chancellor has extended the scheme. “If he only knew the security and benefit it has brought to our employees and company, it perhaps would give him pause for thought for the other workers and businesses who are still excluded from the scheme through no fault of their own,” he says. “Any post-lockdown recovery will surely be enhanced by having trained and retained staff in place when restrictions are relaxed.”

The government has suggested that workers could approach their former employers for help. A spokesperson said: “They may return to their old employer, but decisions around whether to offer to furlough someone are down to the individual company.”

However, those who contacted the Guardian said this had not worked for them, even when they had left on good terms. One says her former employer had told her it would be “inappropriate” to take her back on to their payroll, and others said their previous workplaces had closed down.

‘I was told I would be laid off’

“I come back to the same job every year but it’s a new contract each time,” he says. “I started back at YHA Buttermere in Cumbria on the middle weekend of March and we had one group in. We were due to open properly the next weekend, then it was announced that we would have to close. The furlough scheme was announced on the Thursday … At first I thought it would cover me, then at the end of the next week they called to say that it wouldn’t, and I would be laid off.

“Now I’m not sure what happens – most payrolls are done at the end of the month and it looks like my tax registration was done on 23 March, so I’m not holding out much hope.

“I can apply for other work, but when there was that flurry of jobs advertised at supermarkets, I didn’t know that was the case, and now there isn’t much about. Both of my employers have been great, and the British Antarctic Survey has offered everyone who was on a contract at the end of February an extra month’s pay, but beyond that there’s nothing they can do.” 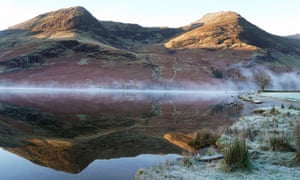 ‘We’ve fallen through the tiniest crack’

Saffron Coles, 28, and her husband started work as live-in wardens at a holiday park in Loch Lomond on 25 February, but were not added to their new employer’s payroll in time to qualify, even now that the date has been changed.

“The cut-off date for the payroll was the 22nd so we were only added in March and received a back payment for the first three days,” she says.

“They said we could stay in the property, which is a real comfort, and that when they reopen they want us to work here. In the meantime we could apply for work, but we have no car and it’s very rural, so we would need to move out to get something.

“We can’t go back to our old employer, and it is supposed to be a job retention scheme, so it wouldn’t make sense to do so. Our employers want us to stay with them and we want to stay … We have fallen through the tiniest crack here and we are heartbroken.”

‘I’m not entitled to anything’

James Underhill has been working in the private sector since leaving the forces after 30 years in late 2017. He started a new job with an estate agency on 10 March, the day after finishing his old job, but his employer has told him that he does not qualify.

“My employer placed me on furloughed leave along with everybody else, but then I heard from them that because I wasn’t on their payroll in time they would not be able to pay me – I’m not entitled to anything.

“I am still employed by the company, so I can’t apply for anything else at the moment. I have too much in savings to qualify for universal credit.” 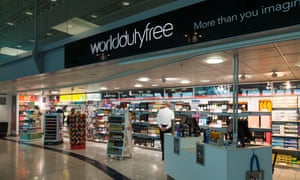 ‘I was told my job offer would be put on hold’

Nikki Addison, 50, worked for Thomas Cook and lost her cabin crew job when the company folded last year. She was due to start work at Gatwick airport at the start of May so is still ineligible to be furloughed.

“I had my interview with Gatwick duty-free in January, was offered the job the same month, and signed my contract and returned it in the first week of February. They applied for my air-side pass, which involved getting details of my work history from HMRC.

“Then a couple of weeks ago they called to say that they would have to put my job offer on hold – the airport is pretty much closed now. I wouldn’t expect to be furloughed until my start date, but the rules mean they wouldn’t be able to do that.

“A lot of my former colleagues are in the same position. They may have signed contracts back in December, but work at airlines typically starts at this time of year. We can’t go back to Thomas Cook to help us.”