Varney: Polls are against Trump as they were five years ago

On the fifth anniversary of President Trump announcing his presidential campaign, FOX Business’ Stuart Varney, in his latest “My Take,” argues that his achievements give him a leg up while running for a second term.

Varney said five years ago, it all started when businessman Trump descended the “golden escalators” and announced his presidency.

“Talk about arresting the attention of the nation,” he said. “In his announcement speech, he said the country was in ‘serious trouble!’ Dramatic stuff. China trade, the border with Mexico, ISIS, Iran, unemployment, ObamaCare. He said we'd got it all wrong.”

VARNEY: AMERICA IS 'LOOKING UP'

At first, Varney said, the media laughed at Trump and his campaign, but he still managed to successfully defeat running mate Hillary Clinton. 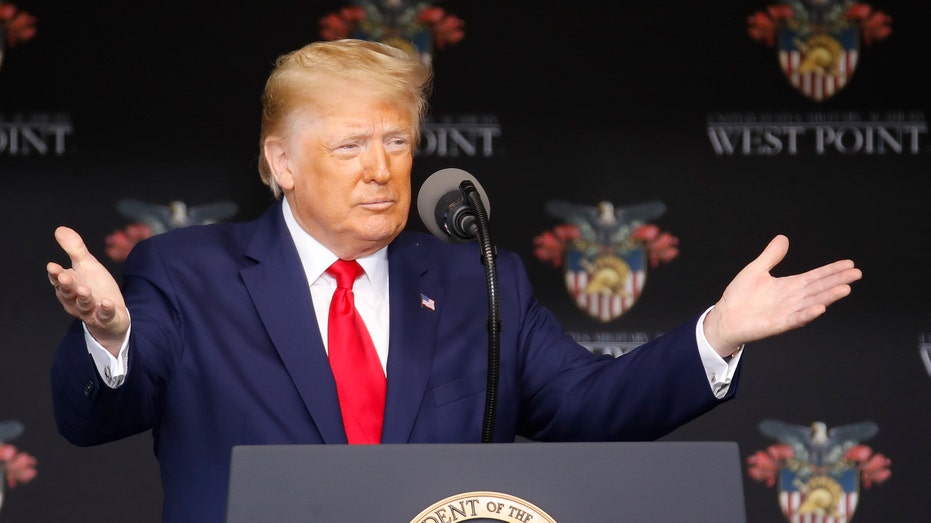 “The tears we saw on election night gave way to undisguised hatred,” he said. “Russia, Russia, Russia, collusion, obstruction of justice, impeachment, the virus, urban unrest. One thing after another. He's been a target of media contempt for five years.”

Looking back on what Trump has achieved, Varney said it’s a “long list” considering the opposition he’s faced.

“ISIS is beaten. Iran is ruined. China has agreed to a trade deal and will be held accountable for its role in the virus,” he said. “We are out of the surrender to China, known as the Paris Climate Accord. Record low unemployment, including African Americans and Hispanics. A booming economy. Supreme Court justices who follow the constitution closely. And a stock market that has enriched the pension funds of 100 million Americans. Oh, and the flow of illegals has been severely restricted.”

Varney said Trump’s attitude, demeanor and “off-the-cuff statements” still upset people just as they did five years ago, except now he’s running for his second term on all of his achievements.

Trump is also running against former Vice President Joe Biden, who Varney said is “married to the past.”

Varney said, regardless, the polls are still against Trump as they were five years ago.