The three food lessons Putin’s war has taught us

When 26,500 tonnes of corn sailed out of the port of Odesa this week — the first agricultural export from Ukraine since Russia’s invasion — many food security experts breathed a sigh of relief. The news, combined with the falling cost of wheat after global prices had nearly doubled, has investors and policymakers wondering whether the threat of global food shortages is abating.

Not exactly. It’s too soon for unreserved optimism because many of the problems that fuelled food inflation even before the Ukraine invasion persist: Energy and agrochemicals prices remain high, making it costly to operate mechanised farms and move food through the supply chain. Scorching weather and drought are decimating farm yields from Waterloo, Canada, to Bangalore and Bordeaux, and climate disruptions are expected to get more varied and extreme. 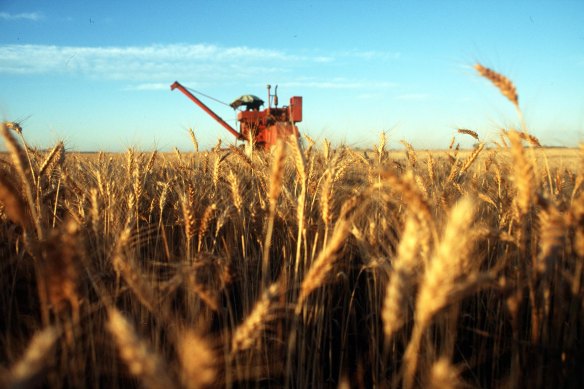 When grain supplies from Russia and Ukraine – which together produce a quarter of the world’s wheat – were suddenly curtailed, farmers in major producing countries sprang into action.Credit:Robert Rough

It’s not too soon, though, to appreciate what we’ve learned over the past five months from one of the most significant food-supply disruptions the world has experienced in decades. Russia’s invasion of Ukraine forced global food producers, distributors and relief programs to quickly adapt to overcome the shortages – and they did so, on the whole, with great agility. That response has provided a deeper understanding of how food growers, investors and policy makers can meet the problems ahead.

Here are three key lessons from the Russia-Ukraine war about how to secure the future of a global food business:

When grain supplies from Russia and Ukraine – which together produce a quarter of the world’s wheat – were suddenly curtailed, farmers in major producing countries sprang into action. Tight supply and rising wheat prices encouraged farmers of other annual crops like soy and corn to pivot to wheat — and plant it they did, from the American Midwest and Brazil to Australia and Japan, restoring war-strained reserves.

We also learned the value of maintaining vast stores of grain from previous harvests, which were tapped in nearly every major producing country to fill the immediate void left by Russia and Ukraine.

These reserves must now be fully replenished, and in the meantime, we can acknowledge and appreciate the effectiveness of a double-whammy strategy of maintaining robust reserves while planting new acreage.

The supply of perishable fruits and vegetables is fragile

The past six months have underscored the differences between the commodities market, which can rely on stockpiled product, and fresh-food markets. High-nutrient, perishable crops including fruits, vegetables, meats and dairy are more vulnerable to climate pressures, require more specific conditions for growing and production, and are harder to produce and distribute spontaneously when supply disruptions hit. Long-term storage facilities for fresh foods are incredibly energy- and resource-intensive. 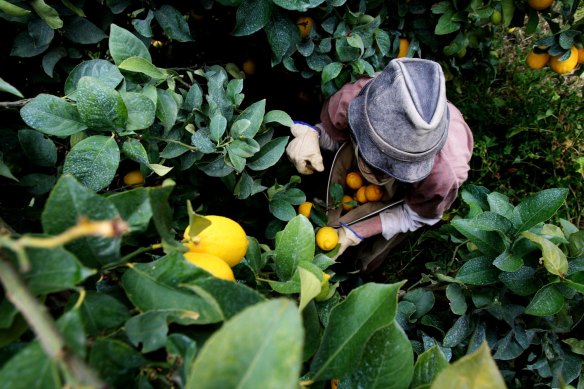 Ukraine’s disruptions remind us how important it will be for every wealthy nation to expand local and regional supplies of fresh fruits and vegetables.Credit:Jessica Shapiro

Ukraine’s disruptions remind us how important it will be for every wealthy nation to expand local and regional supplies of fresh fruits and vegetables. In some regions this may have to include networks of high-efficiency greenhouses and vertical farms that can grow these nutritious foods year-round in facilities protected from environmental hazards.

Encouraging new efforts for cell-cultured meat — grown in laboratories — should be key a part of that plan. These investments will be costly near term but increasingly prudent as the agriculture industry adapts to the realities of climate change.

Those who have the least will suffer the most

Famine is on the rise globally, alongside geopolitical and environmental stresses, and disruptions in food production anywhere hits the food-insecure countries the hardest. Three hundred million people lack reliable food supplies and 45 million are on the edge of famine. Famine-stricken countries such as Yemen suffered most from the disruptions to Ukrainian food exports, as well as food-insecure Egypt, Turkey and Bangladesh, which typically import billions of dollars of Ukrainian wheat annually.

Wealthy nations must resolve to save a greater portion of their grain stockpiles for the most vulnerable populations, while allocating more funds for international food aid. In recent months, these funds have been in such short supply that the Biden administration chose to spend all of its US Agency for International Development funding on famine-stricken regions. USAID Director Samantha Power just committed another $US1.2 billion ($1.7 billion) to famine relief, but that money will be depleted quickly.

No matter how nimble farmers are in wealthy nations, severe famine will continue to spread and deepen in the coming years from both human conflict and climate change. Food security must become a part of all major international trade and economic agreements among Group of 10 industrialised nations. The focus of this collaborative effort should go beyond emergency aid to include substantial investment in a paradigm shift toward sustainable agriculture.

The damage and destruction caused by Russia’s invasion of Ukraine has yielded important insights into the future of agriculture in a world of increasing environmental and geopolitical instability. Absorbing these lessons and acting on them will give us a chance to better prepare for the inevitable disruptions ahead.