Lipow Oil Associates President Andy Lipow on his outlook for Texas following the deep freeze and the related power outages.

Lipow Oil Associates President Andy Lipow on Monday provided his outlook for Texas following the deep freeze and the related power outages saying he expects it will take about two weeks to restore “the majority of normal operations” in the state.

“Like the consumer, the refineries depend on electricity, natural gas and water to restart operations,” Lipow told “Mornings with Maria” on Monday.

He noted that “some restarts” have already taken place in the Beaumont–Port Arthur area in Southeast Texas.

Lipow then pointed out that overall there could be damage that was done to the refineries “because of the freezing cold weather where pipes cracked,” adding that “they have to be careful.” He also noted that cooling towers could ice over and collapse.

“But I would expect from today it’s going to be about two weeks to restore the majority of normal operations,” he said.

“The good news is that gasoline and diesel inventories around the country are rather high,” Lipow continued. “We’re already seeing lots of gasoline stations here in the Houston area have reopened so the consumer should not panic about supply.”

Warmer temperatures in Texas and other states in the South and Southwest brought relief after the brutal winter storm ravaged the region last week, leaving millions without power and dozens dead.

President Biden declared a major disaster Saturday for 77 of the 254 counties in Texas. The move will make federal funding available to assist in the cleanup.

Some of the largest oil refineries in North America, including ExxonMobil’s manufacturing units in Baytown and Beaumont, shut down in response to the frigid temperatures in Texas.

Texas leads the nation in crude oil refining, with more than one-fifth of the nation's refineries and more than three-tenths of total refining capacity in the United States, according to the U.S. Energy Information Administration. The agency notes that Texas' 30 operable petroleum refineries can process a combined total of almost 5.8 million barrels of crude oil per calendar day.

The freezing temperatures idled many of the state’s wind turbines and resulted in reduced oil and gas production, impacting the electricity generators that rely on fossil fuels. 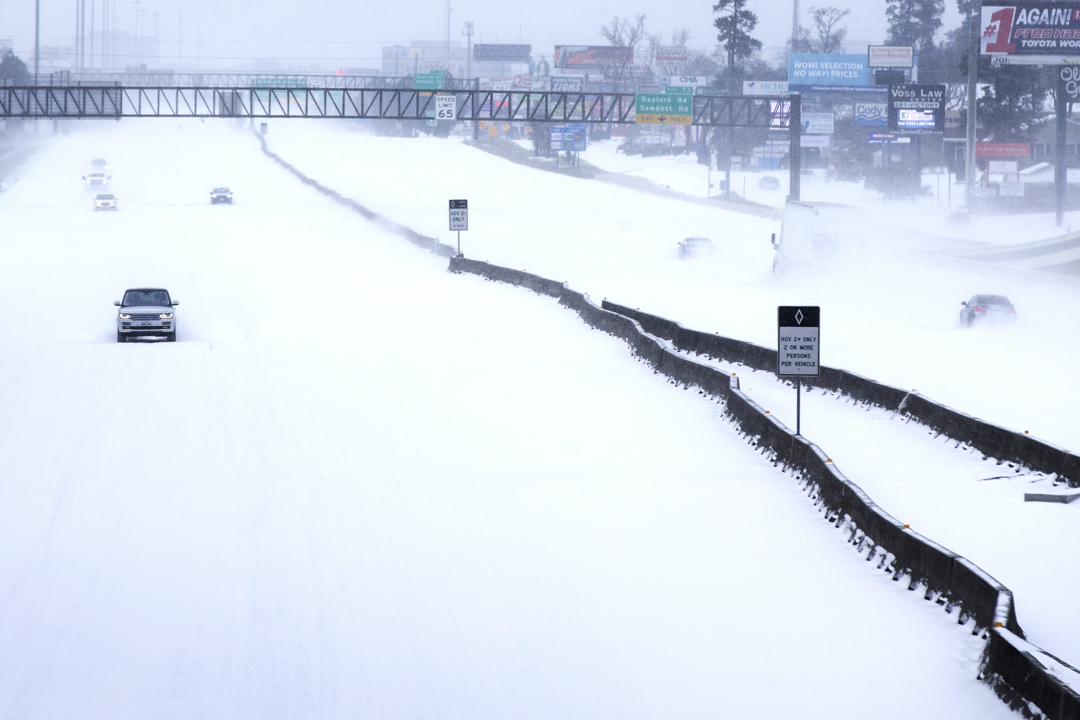 Lipow also discussed his expectations for crude oil in 2021.

“I do expect as prices rise to $65 and $70 for Brent [Crude] that we’re going to see compliance from OPEC+ go way down as well as an additional recovery in the [oil] shale industry,” Lipow told host Maria Bartiromo.

“But I expect now that by the end of the year we’ll certainly see Brent at $65 and WTI [West Texas Intermediate] around $62 as the world economy continues to recover.”

This month, a booming rally in oil markets pushed crude prices to their highest levels since near the start of the coronavirus pandemic, the Wall Street Journal reported, attributing the increase to production curbs and recovering demand.

A reopening of the global economy will help demand return to pre-COVID-19 levels, but inventories remaining tight into the summer will cause West Texas Intermediate crude oil, the U.S. standard, to reach $67.50 per barrel in the second quarter and $72 in the next three months, according to Goldman. The firm previously forecast WTI would hit $62 this summer.

Goldman said Brent crude oil, the international standard, will hit $75 this summer, up from its previous forecast of $65.

Lipow told Bartiromo he believes he is “a little bit more circumspect than Goldman Sachs.”

WTI crude oil crossed $62 per barrel on Wednesday and was trading just below that level – near $61 – on Monday.

U.S. oil prices plunged to a record low of -$36.73 a barrel last April as lockdowns aimed at slowing the spread of COVID-19 and a price war between Saudi Arabia and Russia caused inventories to swell.