Kroger is being accused of violating federal law for allegedly firing two employees who refused to wear a rainbow emblem, which they believe contradicts their religious beliefs.

The Equal Employment Opportunity Commission accused the supermarket in a lawsuit filed Monday of terminating the women after they asked for a religious accommodation so that they didn't have to display the rainbow.

The lawsuit claims that a Kroger store in Conway, Ark., implemented a new dress code in April 2019 that "required all employees to wear a new apron with a new logo, a rainbow heart embroidered on the top left portion of the bib."

The rainbow flag has long been a symbol of the LGBT community.

Both of the defendants in the case, 57-year-old Trudy Rickert and 72-year-old Brenda Lawson, believe "in the literal interpretation of the Bible" and hold "a sincerely held religious belief that homosexuality is a sin."

Because of these beliefs, the defendants made multiple oral and written requests to management to wear another apron. 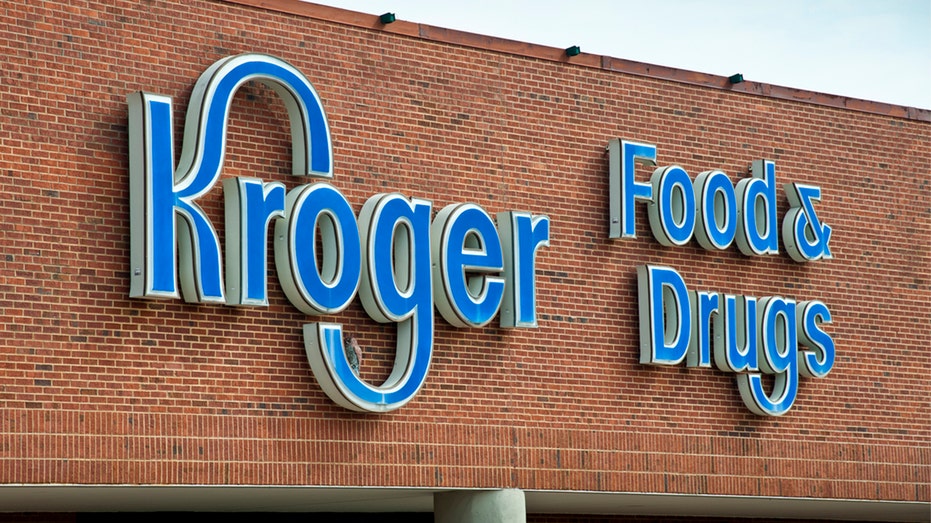 "I have a sincerely held religious belief that I cannot wear a symbol that promotes or endorses something that is in violation of my religious faith," Rickerd told management in a signed hand-written letter May 1, 2019, according to the lawsuit. "I respect others who have a different opinion and am happy to work alongside others who desire to wear the symbol. I am happy to buy another apron to ensure there is no financial hardship on Kroger."

Rickerd and Lawson claim that instead of granting their requests, they were disciplined multiple times.

GROCERY SPENDING UP 6% DURING CORONAVIRUS, DESPITE LESS TRIPS TO THE GROCERY STORE

According to the lawsuit, Rickerd was fired May 29, 2019, and Lawson was fired June 1, 2019 for repeated violations of the dress code.

Despite firing Rickerd and Lawson for their objections to the dress code on religious grounds, the lawsuit claims other employees were accommodated.

"Defendant Employer did not discharge other employees in the workplace who did not request a religious accommodation but who simply declined to wear the new apron or who covered the heart logo," the lawsuit says.

Stocks in this Article

Kroger declined to comment for this story, citing pending litigation.

The supermarket celebrates its "commitment to LGBTQ+ inclusion and equality" on its website. The company received a perfect score on the 2020 Corporate Equality Index, which is the Human Rights Campaign's tool for measuring corporate support for LGBT employees.

"We will continue to put action behind our words to ensure every Kroger associate is empowered to be their true self at work," Tim Massa, Kroger's senior vice president and chief people officer, said in January. "There is great power in recognizing our unconscious biases, learning from each other and listening to understand, so we can best support the people who matter most: our associates."

Title VII of the Civil Rights Act of 1964 says it is unlawful for any employer to "discriminate against any individual with respect to his compensation, terms, conditions, or privileges of employment, because of such individual's race, color, religion, sex, or national origin."

“Companies have an obligation under Title VII to consider requests for religious accommodations, and it is illegal to terminate employees for requesting an accommodation for their religious beliefs,” Delner-Franklin Thomas, district director of the EEOC’s Memphis District Office, said in a statement Tuesday. “The EEOC protects the rights of the LGBTQ community, but it also protects the rights of religious people.”

Popular News:
Economy News:
Monzo launches £180-a-year premium account despite downturn
China GDP Growth Gains Further Momentum
Compton rolls out largest 2-year guaranteed income program amid racial injustice reckoning
Chicago floats rolling back coronavirus reopening, with mayor 'extremely concerned' about 2nd wave
Today's mortgage refinance rates hold firm at unprecedented lows, with one rate dipping further | October 19, 2020
Recent Posts
This website uses cookies to improve your user experience and to provide you with advertisements that are relevant to your interests. By continuing to browse the site you are agreeing to our use of cookies.Ok