Home » Economy » Even with a strong crop this year, US farmers are suffering

Even with a strong crop this year, US farmers are suffering

Allianz chief economic adviser Mohamed El-Erian says if you look at the market, it’s the best of times but the global economy seems to be losing steam early in the recovery. He later talks about the importance of a phase four stimulus bill and reacts to the Federal Reserve’s policy.

Following a growing season last year filled with battering rainfall and bitter trade wars, U.S. farmers hoped 2020 would provide them an opportunity to make up some ground. Instead, the situation has grown worse for many as prices remain depressed.

Despite a wind storm tearing through Midwestern farms last week and drought conditions in isolated areas, a bumper crop of both corn and soybeans is still expected this year.

"Overall, the trade seems to be coming to the conclusion that…there is still going to be an oversupply of corn in the U.S. and the world," said Tomm Pfitzenmaier, an analyst with Des Moines, Iowa-based Summit Commodity Brokerage, in a research note Friday.

That case was bolstered Friday when Pro Farmer, following a weeklong tour of farmland across seven states, assessed the national corn yield at 177.5 bushels per acre, and the national soybean yield at 52.5. That is slightly lower than earlier U.S. Department of Agriculture estimates but higher than 2019's waterlogged crop.

For many U.S. farmers, the prospect of grain prices staying low is untenable. "It's almost a day-to-day struggle to decide what to do next year," said Doug Sombke, president of the South Dakota Farmers Union and a farmer of 3,000 acres of corn and soybeans in Brown County, S.D.

Mr. Sombke says his local grain elevator is paying $2.87 for a bushel of corn. That is nearly a dollar lower than what he would need to collect to break even. The same is true for his soybeans, for which the elevator is willing to pay roughly $8.50 a bushel.

Prices for corn and soybeans haven't risen since the start of the year, when the signing of the U.S.-China phase-one trade agreement stipulating China would purchase $36.5 billion of agricultural goods from the U.S. gave farmers hope that export demand from China would buoy prices. Instead, most-active corn futures on the Chicago Board of Trade are down 16% since the start of the year, while wheat has fallen nearly 6% and soybeans have shed nearly 5%.

Chinese exports of U.S. corn, soybeans and wheat are 144% higher than they were at this point last year, according to data from the USDA's Foreign Agricultural Service. But the onset of the coronavirus pandemic in the U.S. in March hobbled domestic demand for grains as restaurants and other institutions nationwide shut down. 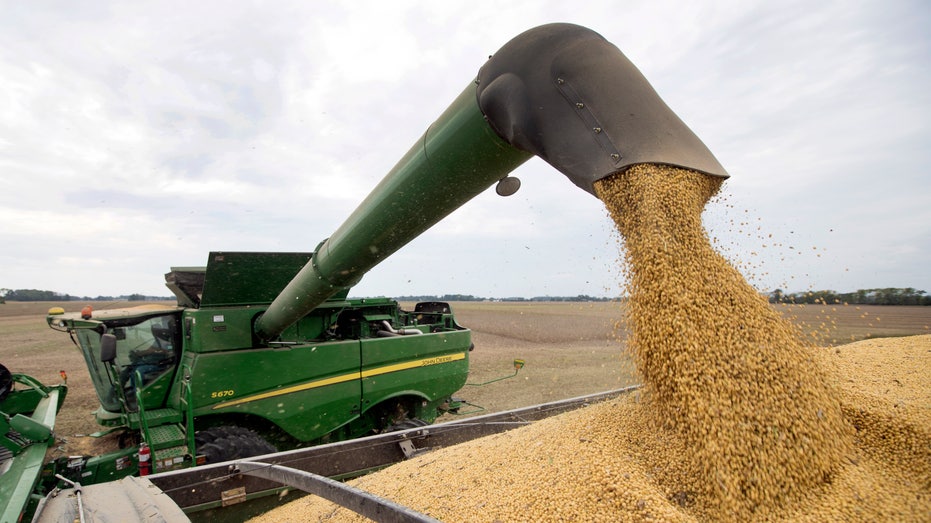 Soybeans are offloaded from a combine during the harvest in Brownsburg, Ind. (AP Photo/Michael Conroy, File)

If the situation doesn't quickly improve, Mr. Sombke said he may be forced out of farming. "We've got some choices to make," he said. "The last three years, we've lost equity on our farm. Do we want to keep doing that?"

Bankruptcies are high in farm country. Roughly 580 farmers filed for chapter 12 bankruptcy protection through the year ended June 30, according to federal data. More recent data from the Federal Reserve Bank of Kansas City shows farm loan repayments are expected to fall precipitously in the next three months.

"We entered Covid with a lot of operations being in distress," said Brian Philpot, CEO of Lakeland, Fla.-based AgAmerica Lending. Most bankruptcies being reported are by small family farms, while larger agricultural operations are taking the opportunity to purchase land from distressed farmers, Mr. Philpot said.

"The large producers are doing fine and they're acquiring," said Mr. Philpot. 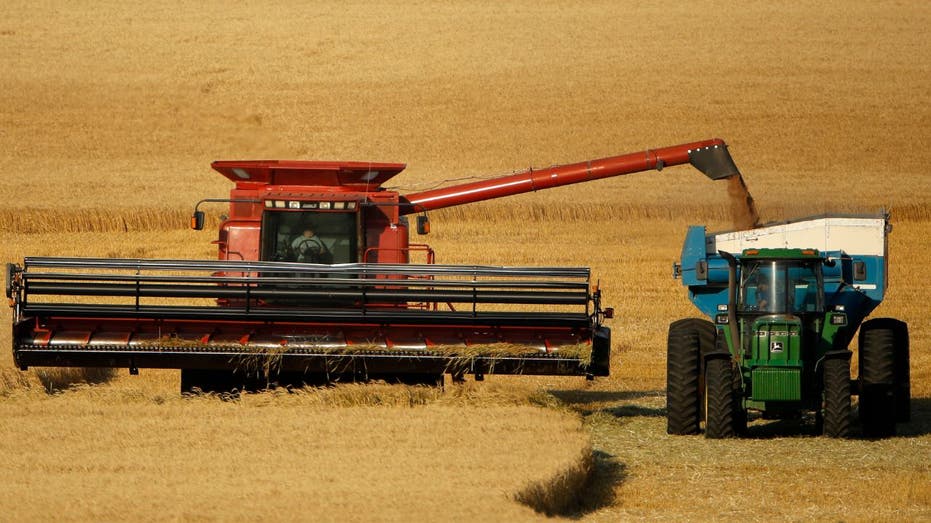 US FARMERS SCRAMBLE FOR HELP AS COVID-19 SCUTTLES IMMIGRANT WORKFORCE

Government aid in the form of assistance from the USDA and the $19 billion Coronavirus Food Assistance Program have helped mitigate the financial damage of low commodity prices, but farmers say it is only a Band-Aid.

"We in the ag economy really appreciate the assistance we got from the federal government," said Richard Guebert Jr., president of the Illinois Farm Bureau and a farmer of corn, soybeans and wheat in southeast Illinois. "But we really wish to get our revenue from the market."

While the weather in the Midwest has been more supportive for growing a strong crop than last year, this year's growing season hasn't been without weather issues. 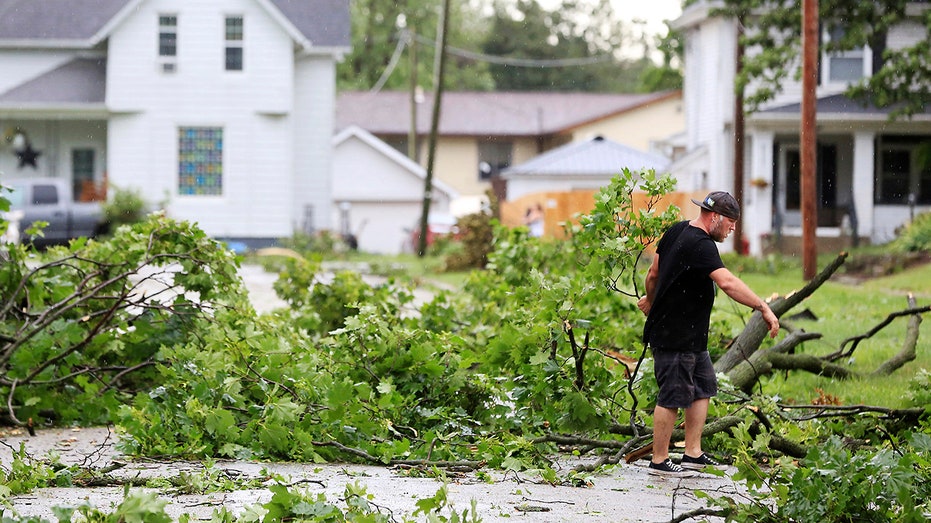 Earlier this month, a powerful storm packing winds over 100 miles an hour swept through much of the Corn Belt, causing widespread property and crop damage. Wind snapped a lot of Iowan corn off its stalks and destroyed grain bins containing corn farmers were saving to sell once prices rise.

Farmers affected by the storm are now in a rush to harvest and store the corn before it rots. "They had a very good crop before the wind storm," said Brian Grete, an editor with Pro Farmer leading the eastern leg of the crop tour. "Now it's a race to see how much they can get into the bin before they run out of time."

When grain prices are low, farmers often try to grow larger crops to sell more and cover costs. "If you have low commodity prices and low yields, it's extremely hard," Mr. Guebert said.