The government is facing calls for a ban on evictions in England and Wales to be extended or made permanent, amid fears that it could provoke a spike in homelessness and contribute to a rise in coronavirus infections.

Renters in England and Wales were protected during the Covid-19 crisis by a temporary government ban on landlords evicting tenants, announced in March and extended in June. It was due to end on 23 August, but was extended by a further four weeks until this Sunday, 20 September. Barring any last-minute reprieve, the courts can restart eviction hearings from Monday.

The housing charity Shelter has warned that 322,000 private renters have fallen into arrears since the pandemic started, while district councils say as many as half a million private sector renters could be in danger of being made homeless, as the furlough scheme winds up and unemployment rises.

Lee Burkwood from the London Renters Union said: “Public health experts like the British Medical Association have spoken of the very real risk that the lifting of the eviction ban could contribute to an increase in Covid infection and, with Covid infections rising, the government is gambling with people’s safety to satisfy the landlord lobby.”

Newham council in London said it was concerned that up to 20% of its private renters could be in arrears, and called for an extension of the ban.

Rokhsana Fiaz, the Labour mayor of Newham, said: “The lifting of this ban on evictions suggests that the Covid-19 crisis is over but we know that is far from the case, in fact we are currently fighting to halt a slide back into a second wave of infection.”

She added: “At a time when people are being forced to miss work either due to new infection, or because they have to self-isolate within a household, or because, to the shame of this government, they can’t get a test, it is plain wrong to threaten people with losing their home.” 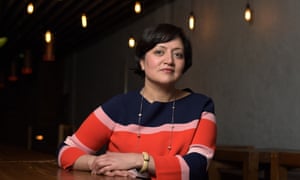 Burkwood called for the extension to become permanent. “If it wanted to, the government could easily decide that public health and the welfare of renters is more important the profits of landlords by introducing a permanent evictions ban and cancelling rent debt,” he said.

In Scotland, new regulations expected to obtain approval from the Scottish parliament will extend the eviction ban until 31 March 2021.

The Labour leader, Sir Keir Starmer, said in August that the extra four weeks’ protection in England and Wales just gave “renters a few more weeks to pack their bags”.

But landlords say they have not been able to evict antisocial tenants, some tenants have chosen to stop paying rent even when they can afford to, and owners have been unable to return to their properties they let out while overseas.

Elisabeth Kohlbach, the chief executive of property investment firm Skwire, said landlords “have been and remain unlikely” to evict tenants financially impacted by Covid-19 but ending the eviction ban this weekend was the right decision.

“Although on the surface it may seem a blow to renters facing ongoing uncertainty brought about by Covid-19, without the specific legislative measures in place to truly and fully prevent evictions, the temporary ban has left tenants at continued risk,” she said.

“Were the ban to continue, the burden would weigh ever more heavily on the many landlords across the UK who depend on rental income for their livelihoods. While tenants themselves have been able to rely on pandemic assistance, such as furlough pay, landlords have, throughout the pandemic, had no government support.”

What the end of the ban means for tenants

Can I be thrown out of my home next week?

No. Most landlords will use a section 21 notice, which does not require a reason for wanting you to leave. But the landlord has to abide by the notice period, and these have been temporarily extended because of coronavirus.

If you were told to leave by your landlord between 26 March and 28 August 2020, then the notice period is three months. But if you have been told since 28 August there is a six-month notice period.

Shelter’s guide to evictions points out that you don’t have to leave when a section 21 notice ends. Your landlord must apply to a court if they still want you to leave, and then only bailiffs can carry out a legal eviction.

If an area is in a local lockdown that includes a restriction on gathering in homes, evictions will not be enforced by bailiffs. 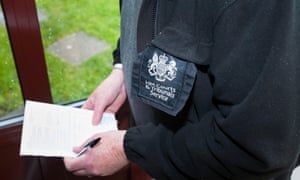 My landlord began the eviction process before coronavirus. What happens now?

A landlord with a claim already in progress will have to provide a reactivation notice informing the court (and the tenant) in writing. If they don’t, the case will remain dormant.

I’ve not been able to pay the rent for a couple of months. Does that mean I’m now out?

There are new obligations on landlords to set out what knowledge they have about a tenant’s circumstances, including the impact of the pandemic on them and their family.

If the landlord fails to supply the information, or the information is deemed inadequate by the courts, the judge will have the power to adjourn the case.

The government’s official guidance states: “We continue to strongly advise landlords not to serve new notices seeking possession during this challenging time without a very good reason.”

The government’s position is that landlords and tenants should work together and exhaust all possible options – such as flexible payment plans which take into account a tenant’s individual circumstances – to ensure cases only end up in court as an absolute last resort.

There will also be a winter truce on the enforcement of evictions, with no evictions permitted in England and Wales in the runup to and over Christmas except in the most serious circumstances.

The neighbouring tenants are a nightmare. Is there nothing that can be done to evict them?

The government says the courts will prioritise these eviction cases as it deals with a backlog of applications.

Where can I get advice about evictions?

Tenants should try their local Citizens Advice office in England on 03444 111444 or in Wales on 03444 772020. Shelter has a good online guide to evictions in England at Shelter.org.uk. Campaign organisation Acorn also has groups fighting evictions – try acorntheunion.org.uk/community-protection.

Landlords have a number of groups and organisations fighting their corner – such as the National Residential Landlords Association (nrla.org) – and forums where they can exchange information, such as Property118.com, which dubs itself “the landlords’ union”.