Home » Economy » Black Friday: brush up on prices as that ‘deal’ might not be a bargain

Black Friday: brush up on prices as that ‘deal’ might not be a bargain

Electric toothbrushes are, once again, featuring highly in adverts for the Black Friday sales, with retailers making extraordinary boasts about discounts. Amazon claims to have slashed the price of an Oral B toothbrush by 74% from £229.99 to £59.99, while at Boots, a Philips Sonicare brush is “better than half-price”, down from £140 to £50.

Amazon is so keen on the Oral B SmartSeries 6500 that it described it this week as the “Amazon Choice” among the many Oral B toothbrushes it had for sale, and a “#1 bestseller”.

So we checked the deal with CamelCamelCamel, a website that tracks prices of products sold on Amazon. Its data suggests that at no time in the last two years has the toothbrush been priced at more than £102.45, and that the only time it was priced at £229 was for a few days in late September and early October 2018. Amazon disputes this, saying it had been offered at £229 on other dates, although it did not specify when.

For the last Black Friday the same toothbrush was being sold by Amazon for £5 less than this year.

Since then the price has yo-yoed. For brief periods it has been £102, then £70, then £59.99, then back up again, according to CamelCamelCamel. Indeed, in the days after we noted this deal and put questions to Amazon, the price went up to £79.91. When readers search for it on Amazon the price may have moved yet again.

This price rollercoaster is peculiar. Oral B electric toothbrushes are not seasonal items, where the price is affected by the weather or the ebbs and flows of world commodity markets. They are produced in their millions every week at Procter & Gamble’s factories.

We sent Amazon a series of questions about the pricing movements of its Oral B brush. It denied that its pricing was misleading and suggested that the CamelCamelCamel data is not always accurate. It said it has listed the Oral B brush at £229 Amazon at other times, although it did not specify when. It added that the £229 price in its promotion was the “recommended retail price” (RRP) and that it references prices against relevant competitors.

However, CamelCamelCamel stands by its data, saying that it may only miss intraday pricing movements. It said: “We check prices multiple times per day but can certainly miss price changes that happen between those intervals. Amazon has more data than we do but for all instances that we report prices we’re confident in our data as it comes directly from Amazon itself.”

Amazon is not the only major retailer making claims about big savings on electric toothbrushes during the Black Friday sales period. Take Boots, for example. It is currently running several “better than half-price” Black Friday promotions, with the Philips Sonicare ProtectiveClean brush reduced to £50 from £140.

Unfortunately, Boots’ pricing history is not recorded at CamelCamelCamel, so we asked Boots to provide evidence that the brush was selling at £140, where and for how long. It admitted that the £50 Philips Sonicare was cheaper at Christmas last year, when it was £39.99.

Its website shows that it has previously been available at a range of prices between £55 and £179.99. 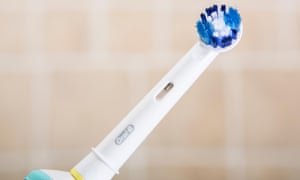 Boots said: “All of our products are priced individually and these prices can vary based on factors such as promotional activity or price matching against competitors.”

The Advertising Standards Authority regulates promotional savings claims. Its guidance says if a “was” price is used, it should “represent a genuine established usual selling price” that does not mislead.

It adds that the higher reference price “should have been charged for a longer period of time than the promotional price”.

If a retailer uses an RRP, it should not differ significantly from the price at which a product is generally sold. “Advertisers should take care when using RRPs to ensure that the price accurately reflects the price that consumers will generally pay for the product across the market.”

Amazon pointed to the fact that Ocado currently sells an Oral B product at the £229 RRP, although it has a slightly different series number.

If you believe an advertised offer is not genuine, whether online or in a shop, you can contact the ASA at asa.org.uk/make-a-complaint.html. Consumers can also make a complaint to Trading Standards but the method for doing this now is not through your local council. Instead, you should contact the Citizens Advice consumer service, which will pass your report to Trading Standards.