Home » Business » Son: 3 hospitals denied my dad before he died of Covid-19

Son: 3 hospitals denied my dad before he died of Covid-19

(CNN)Keith Gambrell feels minorities are getting blamed for dying from coronavirus.

“They say, ‘Oh, it’s because of the way you guys eat. It’s the way you guys are living,” he said. “I guess it’s a blame game for everything that the minorities do. Like, how do you blame someone for dying at home?”
Gambrell, 33, lost his father to Covid-19 and says he had to fight to get treatment for his mother. He is himself still suffering from the effects of the virus that also struck his brothers. 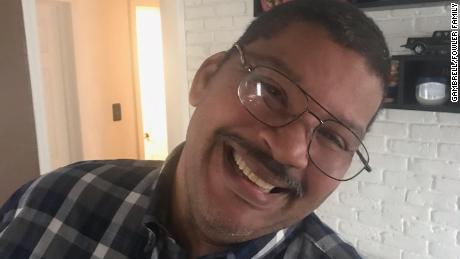 This family is just one example of how hard coronavirus has hit minorities in the United States, and Black people in particular.
Blacks are dying at a rate 2.4 times higher than Whites, according to the COVID Tracking Project. Native Americans and Latinos are also dying at about 1.5 times the rate of that of Whites and Asian Americans, the data shows.

In Michigan, nearly 40% of all deaths in the state were Blacks — including Gambrell’s father, Gary Fowler — even though they make up only 22% of the cases, COVID Tracking Project data shows.
Fowler, 56, died April 7, just six hours after his own father died of the same virus. David Fowler, 76, a retired GM toolmaker, died in a hospital. 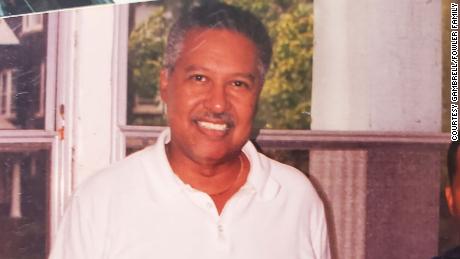 Gary Fowler did not.
Cheryl Fowler, his wife of 21 years, found him dead in his recliner. It was where he had been sleeping, where he found some help in his struggle to breathe, Gambrell said.
“I honestly feel like if the hospitals would have took my dad more serious, my dad would be here,” he said.
He says he took his father to three hospitals in late March, when Covid-19 was tearing through their city of Detroit. Fowler was not admitted to any of them.
One emergency room discharged him with a diagnosis of bronchitis.
Gambrell says his dad’s fever that day was 101.
“He has a cough. He has vomiting. He has diarrhea. He has shortness of breath. He is complaining of chest pains,” Gambrell said. “He’s complaining of all the signs that the TV is telling you to watch out for with the coronavirus.”
He was handed one document from a hospital he visited that read: “There is a high concern you have Covid-19 however we could not test you …Testing for Covid-19 is very limited and has been restricted to those who are severely ill.”
Finally, Gambrell says, his dad asked him to take him home, complaining no one was listening to him.
All three hospitals said they do not discriminate. Two added they were following guidelines from the Centers of Disease Control and Prevention to admit only the sickest patients at that time. 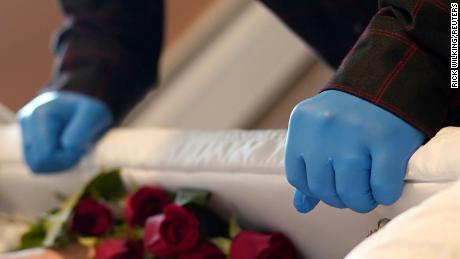 On the day he lost his father — a security supervisor at a senior living complex who loved camping, the outdoors and baseball — Gambrell’s mother developed symptoms.
She, too, was turned away from one hospital despite having two prescriptions for a Covid-19 test, Gambrell says. “The nurse looks at my mother and tells her, ‘Ma’am, there’s nothing we can do for you here. Go home, drink tea, take Tylenol for your fever.’ I was like, ‘We’re here for a reason, lady,'” Gambrell said.
He drove his mom to a hospital across town where she was admitted. She tested positive for Covid-19 and was diagnosed with pneumonia.
Soon she needed a ventilator to help her breathe.
When she was discharged, Gambrell felt it was too soon. 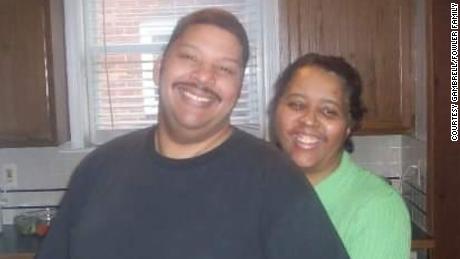 About a week later. he says, his mom woke up saying she couldn’t breathe. “So, we take her back to the local hospital in Detroit, come to find out my mother developed two blood clots in her lungs.”
Cheryl Fowler spent another week in the hospital. She is now recovering, though heartbroken at the loss of her husband and father-in-law.
Gambrell says his parents tried to do the right thing and believes if they had been White, they would have received better care.
“They would have been checked out properly. They wouldn’t have been sent home to infect everyone in the household if they were of another race.”

Long-standing inequalities in US health care have been magnified by Covid-19, according to Dr. Esmaeil Porsa, CEO of Harris Health System in Houston.
“You’re talking about decades, if not generationally, a segment of the population that has struggled with access to adequate health care, so they are already at a worse baseline of health, if you will, than the general population,” he said. 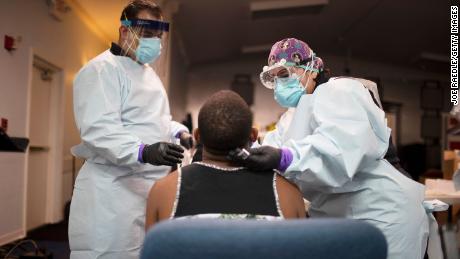 Porsa says his institutions are “safety net hospitals,” which serve a predominately minority population. More than 80% of patients are Latino or Black.
“A pandemic like Covid-19, it makes sense for it to disproportionately impact this population that is at risk,” Porsa said. “And then you add to it other social and economic situations that this population deals with — rental housing, multigenerational housing, work situations which exposes them to continued exposure to Covid-19, both at work and at home. Those are all the circumstances that lend themselves to this population being impacted disproportionately.”
Some 55% of coronavirus deaths in Texas are Latino, according to the COVID Tracking Project.
“This pandemic has been with us for six months and there seems to be no end in sight,” Porsa said.

In Queens, New York, Christell Cadet, 35, is walking with a cane, spending four days a week in rehab.
The NYFD paramedic, an asthma sufferer, was placed on a ventilator back in March after coronavirus crippled her ability to breathe on her own.
“Last thing I remember telling the doctors is ‘Please intubate me. I can’t breathe any longer,'” she said. 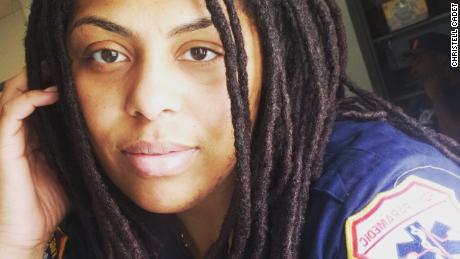 Cadet was on life support for nearly a month. She was discharged from the hospital April 30, unable to walk or even lift her arms.
Instead of moving Cadet to a nursing home, her mother brought her home. Thomise Cadet, a nurse herself, took on the role of caregiver.
Christell Cadet credits the support she received from her mom and the New York City Fire Department. “Everybody pushed to make sure that I was given all the care possible,” she said.
But she worries that not everyone can count on such help.
“Unfortunately, for the rest of our community … they don’t always have an advocate for them,” she said. 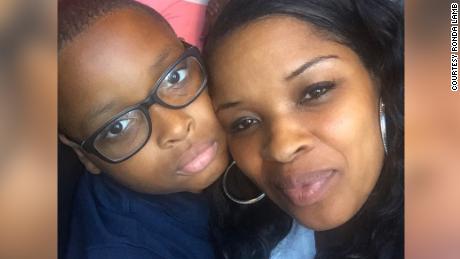 Cadet is deciding how she can help to improve the treatment of minorities with Covid-19, by donating her blood or sharing her medical records.
Dr. Porsa hopes that the pandemic is a wake-up call for minority communities but also for local and national leadership.
“There is a root cause here that needs to be addressed, and that has everything to do with the social inequalities and the social injustice that exists,” he said.
“By improving the economic conditions of a person or community you all of a sudden increase their access to health care, you increase their access to better education, increase their access to a lot of other things. And you not only achieve that in the population you are treating at that time, but for generations to come.”
Keith Gambrell sees the economic inequalities, and believes the root cause is racism. 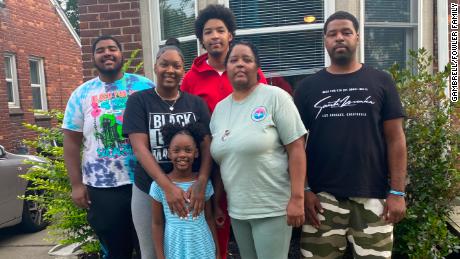 “It’s everywhere. Everything that’s in America has some type of systematic racism in it. And it’s the God’s honest truth. If you can’t see that, then you need to wake up and look in the mirror because you’re part of the problem,” he said.
“I feel like I have to be more vocal because there’s many people here that can’t talk for themselves. Honestly, I feel like I’m kind of the voice for Covid survivors.”
And all the while, he is mourning his father, who died at age 56.
“My dad was awesome. … He was an honest, hard-working, loving family man.”
Source: Read Full Article