See how Europe's largest airline is operating during pandemic

London (CNN Business)Lufthansa appears set to receive a $10 billion bailout from the German government after the global airline’s biggest single shareholder dropped his opposition to the rescue package.

Billionaire businessman Heinz Hermann Thiele had been threatening to block the deal, which was agreed with the government late last month, at a virtual meeting on Thursday. But with just hours to go before the vote, Thiele relented, telling German newspaper Frankfurter Allgemeine that he will vote for the resolution. 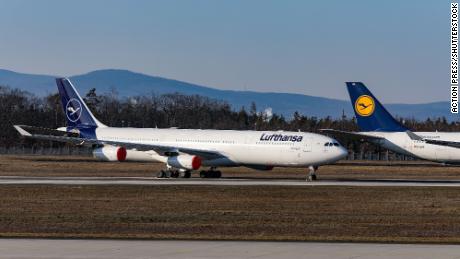 The uncertainty had already forced Lufthansa (DLAKY) to take some extraordinary steps. It brought forward the disbursement of staff salaries by three days this month to “guarantee payment” in the context of the “uncertainties” surrounding the bailout, CEO Carsten Spohr wrote in a letter to employees seen by CNN Business.

Thiele is the majority shareholder in Germany’s Knorr-Bremse Group, a leading global supplier of braking systems for rail and commercial vehicles. In an interview with Frankfurter Allgemeine Sonntagszeitung last week, the billionaire said he was unhappy with the terms of the bailout, which would give the government a 20% stake in the Lufthansa and dilute the value of his own 15% holding.
In response to Thiele’s remarks over the weekend, Spohr said that securing the two-thirds majority needed to approve the bailout “seems uncertain.” If shareholders reject the plan the airline has made “extensive preparations” to avoid its planes being grounded and would “discuss options” with the government before filing for insolvency, Spohr said in the letter to employees. 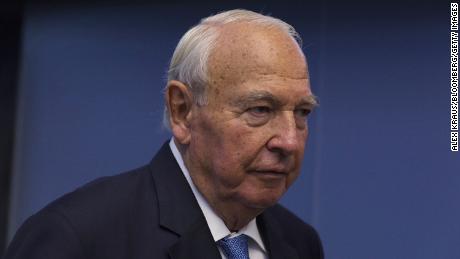 Time is running out. Lufthansa lost €1.2 billion ($1.3 billion) in the first quarter and said last month that it was burning through €1 million ($1.1 million) in cash every hour. It had €4 billion ($4.5 billion) in cash on May 5.
“The rational decision under the circumstances would be for the shareholders to accept the deal that’s on the table,” said Per-Ola Hellgren, an investment analyst and director at German bank Landesbank Baden-Württemberg.
Voting against the deal would mean “taking a big risk” and could force Lufthansa to start insolvency proceedings, he added. On the other hand, due to the urgency of the situation, the German government could have relented and agreed to change the terms of the deal to suit shareholders, Hellgren told CNN Business. 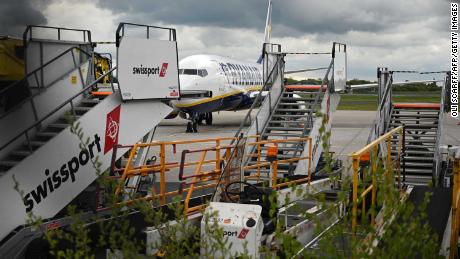 Global aviation is not expected to recover from the pandemic for several years. Lufthansa, which owns airlines in Germany, Switzerland, Austria and Belgium, is planning a sweeping restructuring program that would trim its fleet by 13% and could result in as many as 22,000 job cuts.
The group’s airlines carried 145 million passengers in 2019, and play a vital role moving cargo into and out of Europe. The group has secured a $1.5 billion loan against a Swiss government guarantee and is receiving a €450 million ($507 million) package backed by the Austrian government. It is still in talks with the Belgian government.

Germany’s bailout will give the government the right to appoint two members of the company’s supervisory board, which analysts have said could hamstring restructuring efforts.
Lufthansa risks being less competitive and less able to attract investment in future if restructuring plans are delayed, said Neil Glynn, head of European transport equity research at Credit Suisse.
Source: Read Full Article