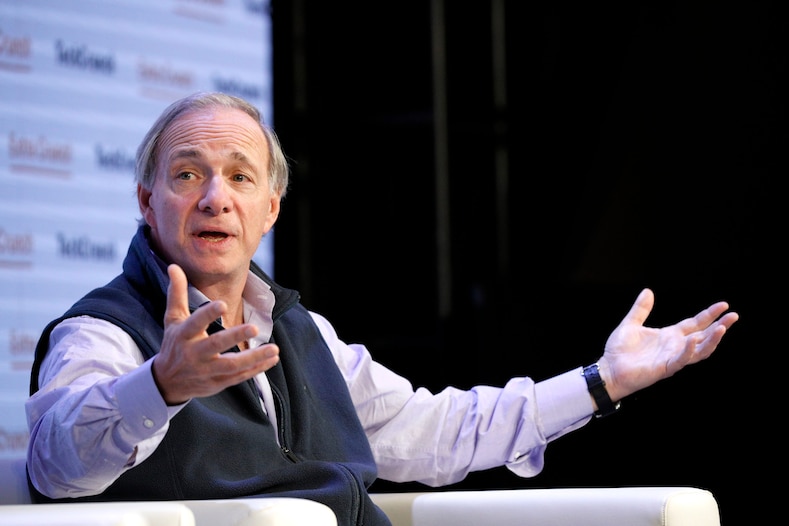 Ray Dalio lost $12.1 billion for investors in his firm Bridgewater Associates in 2020, a year when the world’s top 20 hedge funds reaped their best returns in a decade thanks to the rapid rebound in stocks in the spring.

Nonetheless, Dalio is still the best-performing hedge fund manager of all time, with net gains of $46.5 billion since inception, according to the latest rankings from LCH Investments, which is part of the Edmond de Rothschild group.

“In 2020 the best hedge fund managers generated substantial returns while limiting downside risk, which is exactly what they are meant to do,” LCH’s chairman, Rick Sopher, said in a statement. “2020 was the year of the hedge fund.”

Read more: Michael Saylor has invested over $1 billion of MicroStrategy’s funds in Bitcoin. He explains why he is making such a massive bet on the digital asset.

The most successful hedge funds profited massively from the sharp rebound in equities. Stock markets recovered rapidly from March’s crash, as central banks such as the US Federal Reserve took unprecedented measures to prop up economies.

The S&P 500 has risen about 70% since its low at the end of March, powered by technology “growth” stocks such as Amazon, Netflix, Apple and Google.

Despite the best gains in a decade for the top 20, hedge funds on average returned 11.6% in 2020, according to Hedge Fund Research data cited by Reuters. That was less than the 16% return of the S&P 500.

Dalio’s Bridgewater suffered hefty losses after failing to position adequately during the downturn and the subsequent rebound.

“We have never had a significant downturn, all positive years, but we knew that there would come a day,” Dalio told Bloomberg TV in September. “We missed the pandemic going down, and that is the reality.”

Yet Bridgewater still has the most assets under management of any hedge fund with available data, LCH’s annual report said, at $101.9 billion.

Renaissance Technologies also suffered a bad year, causing it to drop out of LCH’s annual list of the top 20 hedge fund managers of all time.

“Conditions favored man over machine, and it was notable that Renaissance Technologies, a machine-driven manager, has dropped out of the top 20,” Sopher said.

Read more: Cathie Wood’s ARK Invest runs 5 active ETFs that more than doubled in 2020. She and her analysts share their 2021 outlooks on the economy, Bitcoin, and Tesla.

Chase Coleman’s hedge fund, Tiger Global, entered LCH’s all-time top 20 with gains of $10.4 billion. That was more than any of the other top 20 funds made last year.

Israel Englander’s Millennium made $10.2 billion in 2020. Steve Mandel’s Lone Pine was not far behind at $9.1 billion, while Andreas Halvorsen’s Viking fund brought in $7 billion for investors.

Tiger Global, Viking, and Lone Pine are all spinouts of the Tiger Management family of funds founded by Julian Robertson.