Investors soured on Nikola stock after the electric vehicle maker filed a prospectus on Friday following the market close detailing its intention to sell up to 23.9 million shares.

The 23.9 million shares to be sold will be derived from the exercise of a mix of public and private warrants.

Additionally, existing stakeholders can sell up to 53.4 million shares, according to the filing. Nikola will not receive proceeds from the sale of stock by existing shareholders. Shareholders that filed to sell stock include BlackRock, Fidelity, and ValueAct, the prospectus said.

Nikola will use the proceeds from the share sale for general corporate purposes. The share offering shouldn’t be a surprise to investors who were aware that the company doesn’t expect to generate any revenue until 2021.

The increased dilution will bring Nikola’s outstanding share count to 384.8 million shares, from its current share count of 360.9 million, according to the filing. Nikola CEO Trevor Milton owns 25.4% of Nikola.

Read more: Mortgage rates fell below 3% for the first time ever this week, but it’s not smooth sailing for homebuyers

Nikola saw investor demand for its shares skyrocket after the company went public via a reverse-merger with a “blank check” company, VectorIQ. Investors seem to be searching for the next Tesla, which has more than tripled in value year-to-date and become the largest automaker in the world as measured by market capitalization.

Another electric vehicle company that plans to go public via a reverse-merger with a SPAC is Fisker Inc., which recently announced a proposed merger with Spartan Energy.

While investors may not like Nikola’s fall in value, analysts seem to be taking the other side. Earlier this month, JPMorgan upgraded Nikola to “buy” on a valuation call after the company fell below its $45 price target. 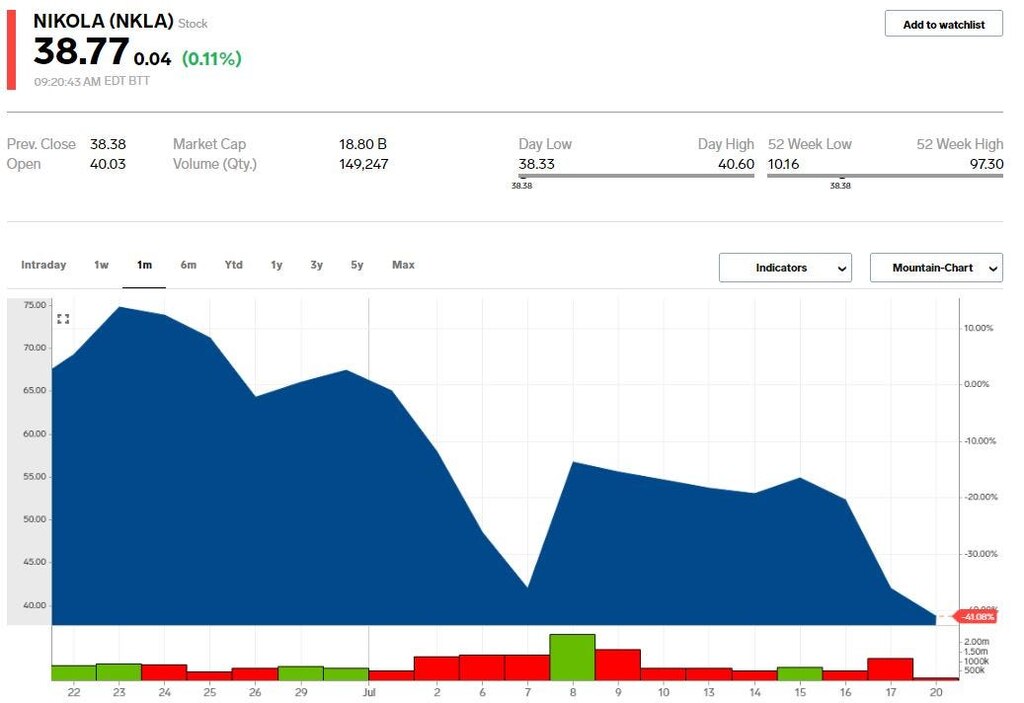