“The election of a Democratic president who has promised to tighten gun control legislation could very well prompt increased demand for firearms,” says Rommel Dionisio, managing director of Aegis Capital.
Biden has long been vocal on the issue of gun control. The former vice president has said gun manufacturers are “the enemy” of the Democratic party’s gun control efforts. His campaign website calls for a ban on manufacturing and future sales of assault weapons like the AR-15, a position he has maintained since a string of high-profile mass shootings in 2019.

Dionisio says gun owners’ fears of Democrats passing gun control legislation fuels a predictable surge in sales before and after elections.
Gun sales spiked after President Barack Obama’s successful 2008 and 2012 campaigns. The previous record of 15.7 million guns sold in a calendar year was set in 2016, when polling suggested that Hillary Clinton would win the presidency, motivating many people to stock up on firearms, according to Mark Oliva, director of public affairs for the National Shooting Sports Foundation, a trade group that tracks and analyzes gun sales. 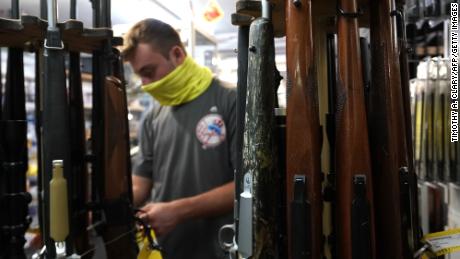 Clinton made stricter gun control measures a central part of her 2016 campaign in the wake of the 2015 North Charleston AME church mass shooting. Obama tried and failed to convince Congress to pass stronger gun control measures in the wake of the Sandy Hook Elementary school massacre in 2012. Former Democratic President Bill Clinton signed a landmark ban on assault weapons into law in 1994, which expired 10 years later.
By contrast, President Trump’s election day upset of Clinton was followed by a lull in gun purchases dubbed the Trump slump.
Gun sale-related FBI background checks declined a record 8% in 2017. Revenues reported by Sturm Ruger, Vista, American Outdoor Brand (AOBC)and the Winchester unit of Olin Corp (OLN). dropped by a combined total of $610 million, or about 13%, that year.
Gunmaker Remington Arms filed for bankruptcy in 2018, when industry sales dropped an additional 6.1%. But the gun industry bounced back in 2019, when 13.9 million firearms were sold, according to Small Arms Analytics, an industry research firm.
Oliva says Republicans and Democrats’ ongoing battle for control of the US Senate will likely play a pivotal role in gun sales.
Georgia’s US Senate candidates are expected to face two separate runoff elections in January after none of them won a majority on Election Day. If Democrats manage to secure both seats, the party would have a 50-50 split between the parties in the Senate as well as a majority in the House, making gun control legislation a possibility if a Vice President Kamala Harris breaks a Senate tie.
“The industry is taking the Biden campaign at his word,” Oliva said.
Biden’s campaign and transition team did not immediately respond to a Wednesday morning request for comment about his policy on guns. 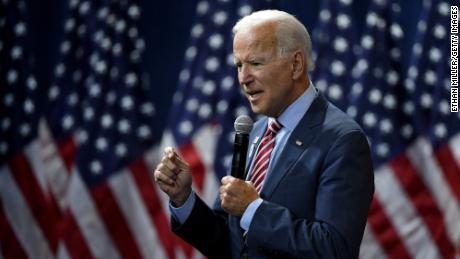 Gun sales spiked this year as Biden became the front-runner to win the White House. But the industry also got a boost from Covid-19 pandemic lockdowns beginning in March. Americans fearful of a potential crime wave and the related nationwide social unrest that erupted following the police killing of George Floyd compelled many to purchase guns for the first time.
Gun sales in 2020 reached a record high ahead of Election Day after maintaining an unprecedented pace for most of the year. Oliva says October firearm sales rose 60% compared to the same month a year ago and more than 17 million guns were sold through the first 10 months of 2020.

He expects the trend to continue through December.
“We’re heading into the holidays and hunting season, which are traditionally some of the strongest months for firearms sales,” Oliva told CNN Business.
Source: Read Full Article