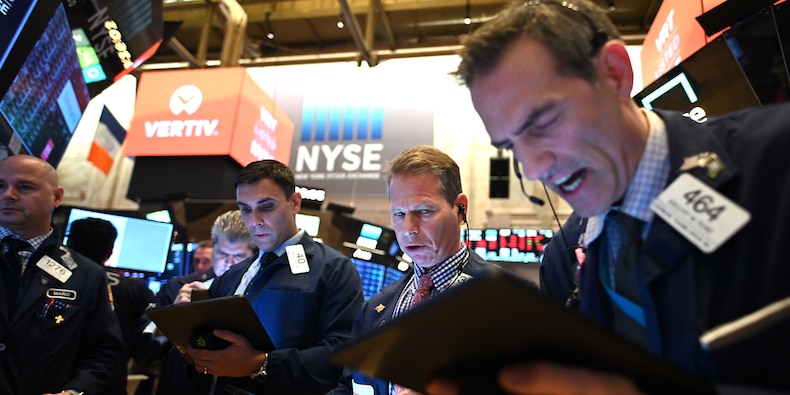 Global stocks rose on Wednesday, as investor optimism grew over an easing in bond prices that has soothed worries over the possibility that central banks may raise interest rates faster than expected.

There are signs that the rise in yields is peaking, according to UBS. The US 10-year yield retreated from its high last week above 1.6% to around 1.436% early Wednesday. “We believe this stabilization is likely to continue, as central banks around the world are pushing back against yield increases that they see as unjustified,” said Mark Haefele, chief investment officer at UBS Global Wealth Management.

On the vaccine front, President Joe Biden announced Merck will dedicate two US facilities to make doses of Johnson & Johnson’s vaccine. Merck might need months to get the facilities ready to produce J&J’s vaccines, according to the Washington Post. Biden has said the US may have enough vaccines for every adult American by the end of May.

In the UK, investors are anticipating the government’s 2021 budget, which will be presented by Chancellor Rishi Sunak at the House of Commons around 12.30 p.m. GMT, before later holding a press conference at 5.00 p.m. GMT. Britain has the highest COVID-19 death toll in Europe and has suffered the worst economic fallout from the pandemic from among the G7 nations.

Any sign that Sunak will withdraw existing support, particularly for employment, could dent UK markets.

“Most potential announcements have already been trailed in the press, such as the possibility of higher corporation taxes and an extension of the furlough scheme (now to September as confirmed last night), but as ever with UK budgets there may be some unrevealed rabbits that could yet be pulled out of the hat,” said Deutsche Bank’s Jim Reid.

The pound was last up 0.3% against both the dollar and the euro.

In Germany, Chancellor Angela Merkel is set to extend the COVID-19 lockdown by three weeks to March 28, which includes the closure of non-essential shops and restaurants, although a relaxation on private gatherings is scheduled from March 8 onward.

US vaccine manufacturing progress and Biden’s comments that the US will have enough doses to inoculate all American adults in a couple of months helped boost Asian markets, after Tuesday’s declines.

Oil markets positioned for an expected reduction in production cuts by the OPEC+ exporter group on Thursday. Brent Crude rose 0.06% to $62.75 and West Texas Intermediate rose 0.1% to $59.81.