(CNN)George Floyd moved to Minnesota for a fresh start — an opportunity to better himself and to be a better father.

And while so many now know the Houston native by his full name, those who knew him best called him Floyd.
He worked security at a restaurant where he developed a reputation as someone who had your back and was there for you when you were down.

Floyd, 46, died Monday in the city he moved to for a better life, his last moments caught on video. While being arrested, Floyd was held down by a Minneapolis police officer’s knee. The video shows Floyd pleading that he is in pain and can’t breathe. Then, his eyes shut and the pleas stop. He was pronounced dead shortly after.
That officer, Derek Chauvin, was arrested on Friday and faces charges of third-degree murder and manslaughter, according to Hennepin County Attorney Mike Freeman.

He was a coachable kid with a big heart 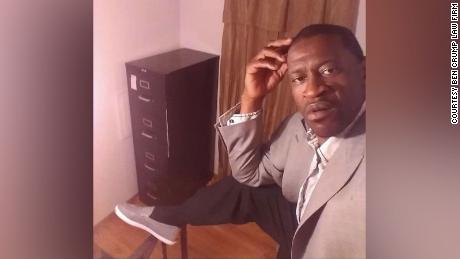 Floyd grew up in Houston’s Third Ward neighborhood and graduated from Jack Yates High School where he played football and basketball, according to CNN affiliate KPRC.
After high school, head basketball coach George Walker recruited Floyd to play for him at South Florida State College in Avon Park, Florida. Floyd was a student there from 1993 to 1995, Walker told CNN.
“He didn’t give me too much trouble as a basketball coach,” Walker said. “He was a pretty good athlete, averaged 12 to 14 points a game.” 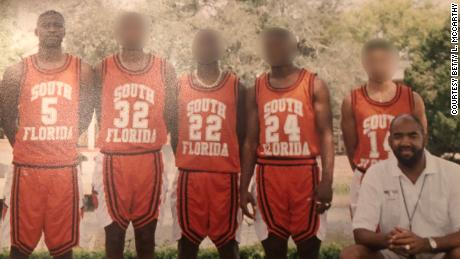 Floyd was a coachable kid with a big heart, according to Walker’s wife, Gloria.
Of all the college athletes on the school’s team, she said Floyd had her attention the most “because he was just a fun person to be around.”
“He was never one that tried to blame others for his own mistakes,” she said. “He always owned up to them and always tried to do better.”

He was trying to be a better father

He moved to Minnesota for work and to drive trucks, according to friend and former NBA player, Stephen Jackson.
Jackson, a Houston native also, calls Floyd his twin.
“I’ve heard George in the last couple days more than I’ve heard my whole life, and we had a 21-plus (year) relationship,” Jackson told CNN’s Poppy Harlow Thursday. “His name was always Floyd, my twin.”

Twin couldn’t wait to tell me he moved to Minnesota to work and drive trucks. He knew he had to relocate to be his best self. His ❤️ was in the right place. Rest Easy Bro we gonna hold it down yo voice. All we talked about was growing and kids. Love to all who have love for all ✊🏿✊🏼✊🏽✊🏻✊🏾✊

Floyd was known in the community as a protector and a provider who didn’t have a hateful bone in his body, according to Jackson. He got along with everybody and seldom wanted anything in return for helping someone out, Jackson said.
“The difference between me and bro was I had more opportunity than he did,” wrote Jackson, who won a championship with the San Antonio Spurs in 2003. “2 things we have in common both from the bottom and both of our names will live forever.”
Once Floyd moved to Minnesota, Jackson said Floyd talked at great length about his journey to create better opportunities for himself. 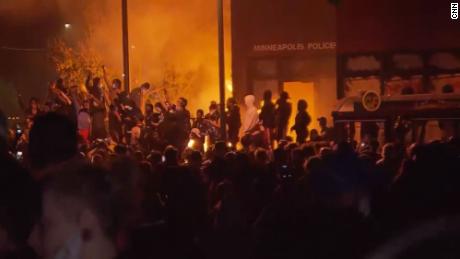 “The last time i talked to him was about a year ago and every conversation we had in that year was about bettering ourselves and being better fathers,” Jackson said. “That’s all he talked about.”
Floyd is a father to two daughters, the youngest is 6, according to Jackson.
“I want justice for his kids,” he said. “I want his kids to be taken care of. Their father is not here.”
Jackson vows to support his friend’s children and “fill in for Floyd” and said he wants to make sure they are provided for.
In Houston, Rose Hudson, who dated Floyd more than 20 years ago, told CNN affiliate KTRK that her and Floyd had a daughter who is now the mother of a toddler.
“My daughter had to see her daddy get killed on live TV,” Hudson said.
Floyd hadn’t met his 3-year-old granddaughter, according to Hudson.
“I will just let her know what a great guy he was,” she said.”He was a good father to his girls. I just have memories, that’s all I can give her, memories of her grandfather.”
Floyd worked security at Conga Latin Bistro in Minneapolis for five years, according to its owner, Jovanni Thunstrom.
Even though he was Thunstrom’s employee, the pair were also friends.
“He was loved by all my employees and my customers,” Thunstrom told CNN.
“I was looking at the video and I said that can’t be Floyd, but later it just blew out. It was Floyd. And that’s when it hit me, it hit me hard,” Thunstrom told CNN affiliate WCCO. 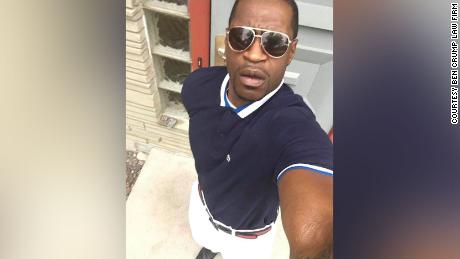 Floyd would help clean up after the bar had closed and was a “very nice guy and really good with customers,” according to Thunstrom.
“He stood up for people, he was there for people when they were down, he loved people that were thrown away,” Courteney Ross, Floyd’s other half, told WCCO. “We prayed over every meal, we prayed if we were having a hard time, we prayed if we were having a good time.”

People who didn’t know Floyd are outraged, too

Anger over Floyd’s death goes beyond his family and friends. A number of celebrities have reacted to the incident on social media.
NBA player LeBron James shared a side-by-side photo on Instagram. On one side you can see a screen grab from the encounter between Floyd and police. In the photo on the left a Minnesota police officer’s knee can be seen on Floyd’s neck. In the photo on the right is the image of San Francisco 49ers quarterback Colin Kaepernick kneeling in protest during the national anthem for a preseason football game in 2016.
At the time, Kaepernick had said he would not honor a song nor “show pride in a flag for a country that oppresses black people and people of color.”
James’ post is accompanied by the caption, “Do you understand NOW!!??!!?? Or is it still blurred to you?? #StayWoke”

His family thinks police didn’t do enough to help him

The Minnesota National Guard activated more than 500 soldiers to the St. Paul, Minneapolis, and surrounding communities because of the increase in demonstrations in the area, according to a tweet Thursday night.
Protests have occurred and are ongoing in cities like Minneapolis, St. Paul, Phoenix, Denver, Louisville, Memphis and Columbus. 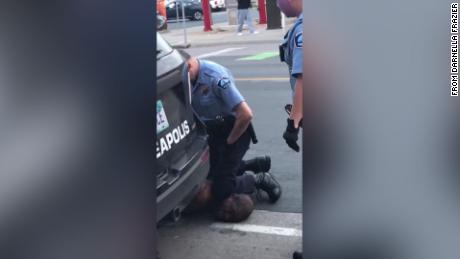 Some of the protests have been peaceful, while others have been destructive.

Though the four Minneapolis officers involved in Floyd’s death were fired, his family members said that’s not enough. They want to see all of the officers charged with murder.
“They were supposed to be there to serve and to protect and I didn’t see a single one of them lift a finger to do anything to help while he was begging for his life. Not one of them tried to do anything to help him,” Tera Brown, Floyd’s cousin, told CNN’s Lemon.
Source: Read Full Article