The founder of CrossFit, Greg Glassman, stepped down Tuesday after his tweet about the death of George Floyd sparked a social media backlash, but the exercise company is facing a PR nightmare as a wave of affiliated gyms cut ties.

Some 1,250 gyms have now severed links with CrossFit, according to industry blog Morning Chalk Up.

An anonymously curated Google spreadsheet lists hundreds of CrossFit affiliates with links to their social media accounts, with most on the list saying they have cut ties or are considering doing so.

“In light of recent comments made by CrossFit CEO, we are deaffiliating from CrossFit,” read a post on the Instagram account for CrossFit Central of Austin, Texas. “We are resolute in our anti racist beliefs and stance against police brutality. We stand in solidarity with the black community.”

The post by CrossFit Central echoed the sentiments of hundreds of other gyms around the world in what has been an astonishingly swift backlash against CrossFit.

According to the CrossFit website, the annual fee for affiliation for gyms or other facilities is $3,000, which allows them to use the CrossFit name, logo and promotional materials, among other perks. 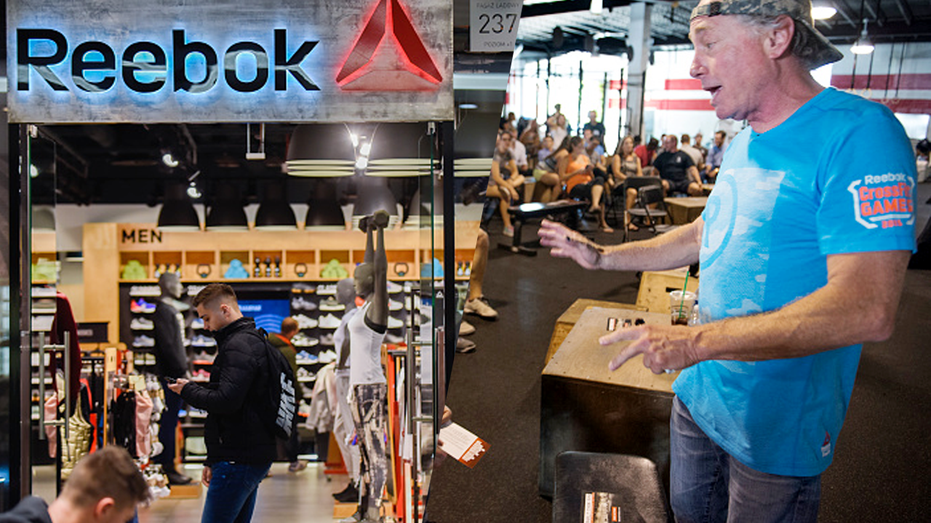 Crossfit Inc. founder and CEO Greg Glassman talks to employees prior to a presentation at the Half street location in Washington, D.C., on July 31, 2015. (Linda Davidson / The Washington Post via Getty Images)

Glassman wrote on CrossFit’s website late Tuesday that he would retire. Glassman had apologized earlier for tweets that sparked online outrage by connecting Floyd, an African American man who died at the hands of the Minneapolis police, and the coronavirus pandemic. He said he had made a mistake and should have been more sensitive but denied being racist.

“I’m stepping down as CEO of CrossFit, Inc., and I have decided to retire. On Saturday I created a rift in the CrossFit community and unintentionally hurt many of its members. Since I founded CrossFit 20 years ago, it has become the world’s largest network of gyms. All are aligned in offering an elegant solution to the vexing problem of chronic disease. Creating CrossFit and supporting its affiliates and legions of professional trainers has been a labor of love,” Glassman said in a statement. “Those who know me know that my sole issue is the chronic disease epidemic. I know that CrossFit is the solution to this epidemic and that CrossFit HQ and its staff serve as the stewards of CrossFit affiliates worldwide. I cannot let my behavior stand in the way of HQ’s or affiliates’ missions. They are too important to jeopardize.”

The company also released a public statement titled, "Why Didn't CrossFit Just Say Something?" In the mea culpa, the company said: “We disappointed you. It hurt you and us. We need to talk. The CrossFit community is in need of peace. This year has put unrelenting pressure on us all, exposed unaddressed flaws, and been near unbearable for many. Change is needed. We all need healing. Exhaustion and a long history of silent grievances have been laid bare on social media. We cannot change what has happened, but we ask for forgiveness while we thoroughly examine ourselves.”

An Edelman Trust Barometer poll of 2,000 Americans, published Tuesday, found that 60 percent of respondents said how a brand responds to the protests will influence whether they buy or boycott the brand's products. The poll found that younger Americans felt the strongest, with 78 percent of millennial respondents saying that a brand must speak out on racial injustice.

“Americans want brands to step up and play a central role in addressing systemic racism,” wrote Richard Edelman, CEO of the communications firm. “This is a mandate for brands to act, because consumers will exercise brand democracy with their wallets.”

The speed at which companies and affiliates have distanced themselves from CrossFit was accelerated by social media, and to some degree, the coronavirus pandemic, said marketing and branding expert Allen Adamson.