(CNN)Hundreds dead in a historic heat wave. A Canadian village burned to the ground. Water shortages. Animals competing for food.

The culprit? Humans, according to climate change scientists.
The unprecedented heat wave in the Pacific Northwest in late June “would have been virtually impossible without the influence of human-caused climate change,” according to an analysis by more than two dozen scientists at World Weather Attribution.

Every extreme heat event has the fingerprints of climate change on them, the authors wrote, but the unprecedented heat in late June — which set all-time records in Oregon, Washington and British Columbia — was made particularly possible by warming caused by fossil fuel emissions, the analysis concluded.

Though the temperatures were “far outside the range of past observed temperatures,” leaving little to compare to, the scientists determined the late-June heat wave was 150 times more likely because of climate change. 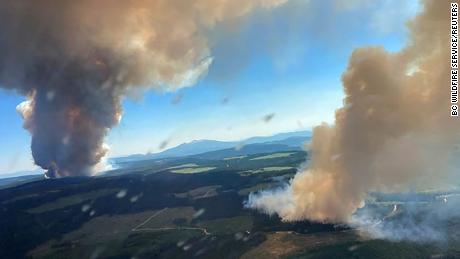 A decade ago, researchers would have been hesitant to point to climate change for any single event. Now, with the aid of high-powered computer models, researchers can use decades of observed temperatures to rapidly determine what role Earth’s warming played.
“Our results provide a strong warning: our rapidly warming climate is bringing us into uncharted territory that has significant consequences for health, well-being, and livelihoods,” the authors wrote.
The late-June heat event “raises serious questions whether we really understand how climate change is making heat waves hotter and more deadly,” said Geert Jan van Oldenborgh, a researcher at the Royal Netherlands Meteorological Institute.
Officials in Oregon said Wednesday the heat wave was a “mass casualty event” consistent with “worst-case climate models.” State officials have reported 116 deaths in Oregon from the heat wave, and at least 57 more in Washington state.
“The unprecedented heat dome that settled over the region for nearly five days between June 25 and June 30 was a mass casualty event,” according to Multnomah County, home to the city of Portland.
On June 28 alone, the county’s medical examiner experienced four times the typical number of deaths, the county said.
“The number of people and infrastructure harmed by this event is consistent with worst-case climate models for the Pacific Northwest and predict there is worse to come in the absence of aggressive global action to stop the use of fossil fuels,” John Wasiutynski, Multnomah County’s sustainability director, said in a statement.
Hundreds of others were also reported dead from the unrelenting heat in British Columbia, which set a record for Canada’s all-time highest temperature: 121.3 degrees Fahrenheit (49.6 degrees Celsius) in the town of Lytton, which was almost completely destroyed by a wildfire just days later.
Lytton Mayor Jan Polderman told CNN affiliate CTV News that within minutes on Wednesday, “there was fire everywhere,” leaving no time to knock on doors and tell people to evacuate. 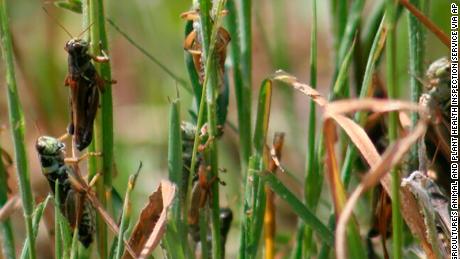 In California, rainfall is at an all-time low, fueling concerns about a devastating wildfire season.
On June 30, when the state ended its rainfall year, California recorded a statewide average of just 23.61 inches of precipitation, marking its driest year since records began in 1895. The rainfall total is less than half — 49% — of the state’s typical annual accumulation, which is measured from the beginning of July to the end of June each year.
Jan Null, a former National Weather Service meteorologist in the San Francisco Bay Area, first reported the rainfall year record on Wednesday, citing data from the Western Region Climate Center.
Benjamin Hatchett, a climatologist at the center, noted that the 2020-2021 period was not only the state’s driest rainfall year, but also the second warmest year on record, making for a “dire situation.”
“We get a large fraction of our water from the runoff that the snowmelt provides,” Hatchett told CNN.
He added that the extraordinary conditions have also primed much of the state for wildfires.
“Basically, every part of California is ready to burn at this point,” he said. “All it takes is one mistake.” 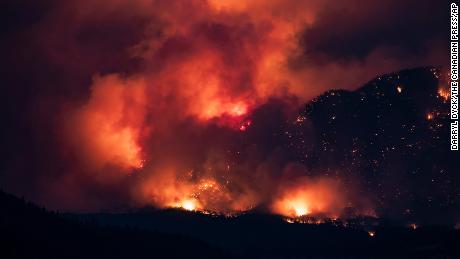 Vast swaths of the West remain in a historic and unrelenting drought, the worst in the region in at least 20 years. Drought conditions as of Thursday expanded and worsened in the West, especially in the Pacific Northwest, after another week of hot and dry weather, according to the US Drought Monitor.
More than 93% of the West is in drought, the highest on record, with nearly 60% in ‘extreme’ or ‘exceptional’ drought, the two most severe categories. There are five states completely in drought conditions; California, Oregon, Nevada, Utah and North Dakota.
Exceptional drought in Oregon expanded, according to the US Drought Monitor, which said the state’s current conditions are among the driest since the late 1800s. In Washington, “rangeland and pasture conditions are far worse this year when compared to all other years this century.”

Data from the California Department of Forestry and Fire Protection shows the state is far exceeding the disastrous 2020 fire year in both the number of wildfires and land burned. As of July 4, more than 114 square miles have been scorched statewide, an area more than twice as large as at the same time last year, when California went on to record its worst fire season ever.
Peter Fickenscher, a hydrologist at the National Weather Service California-Nevada River Forecast Center, told CNN that the state experiencing a second straight year of extremely dry conditions has made the situation “much more severe” and warned that if it does not receive significant rain in the coming year, “extreme measures” to conserve water will be necessary.
Source: Read Full Article