Count to 10, take it in, Swifties. Taylor Swift’s first rerecorded album is here.

The singer-songwriter, 31, on Friday dropped “Fearless (Taylor’s Version),” a newly-recorded version of her second studio album.

Originally released when Swift was 18 and centered in country music, the 2021 version was bound to include some “Changes.” Her voice has matured, which works on tracks like “White Horse” and “Fearless” but feels odd when she sings about high school on “Fifteen”. For the most part, though, the album’s essence is the same and the tweaks are fun reminders for longtime fans of how Swift has developed as an artist through the years.

“Taylor’s Version”, as Swift is calling it, is a make-good on her promise to rerecord her music from before her “Lover” album. In late summer 2019, shortly after Scooter Braun’s purchase of her masters ignited a public battle between the two and renewed debate over music ownership, Swift announced her plan to rerecord her first six studio albums in an effort to own her work, saying “I just think that artists deserve to own their work, I just feel very passionately about that” on “Good Morning America.” She started doing so in late 2020 and “Fearless” is the first of her versions to be released.

The new release gives fans 27 tracks: All the songs from the original and platinum edition, six previously unreleased tracks from the vault and a bonus song. We’ve listened and found the biggest differences between 2008’s “Fearless” and 2021’s “Fearless (Taylor’s Version).”

From the vault: Songs like ‘Mr. Perfectly Fine’ have ties to newer lyrics

“Mr. Perfectly Fine” (a surprise release Wednesday) gives us “Forever and Always” vibes, which is probably why it was initially left on the cutting room floor. This one is vintage sentimental Taylor at its finest (as is other vault song “You All Over Me,” released in March) and we can’t stop belting out “It takes everything in me just to get up each day / But it’s wonderful to see that you’re OK.” It also includes the line “casually cruel,” seemingly a precursor to her greatest bridge of all time in 2012’s “All Too Well”?

Keith Urban’s appearance on “That’s When” and “We Were Happy” is a nice homage to the Fearless-era, when Swift was the opening act on Urban’s 2009 Escape Together tour (the pair was also featured on Tim McGraw’s 2013 song “Highway Don’t Care.”) But we probably could have done without those two, along with other vault song “Bye Bye Baby,” which are pretty forgettable compared the rest of Swift’s storied discography.

Of the from-the-vault songs, four are new releases on Friday. The best is “Don’t You,” a slow bop that sonically could have ended up on her “1989” album but lyrically sounds like if the main character of “Folklore”s “The 1” ran into her ex before going to therapy.

Swift’s country twang is back 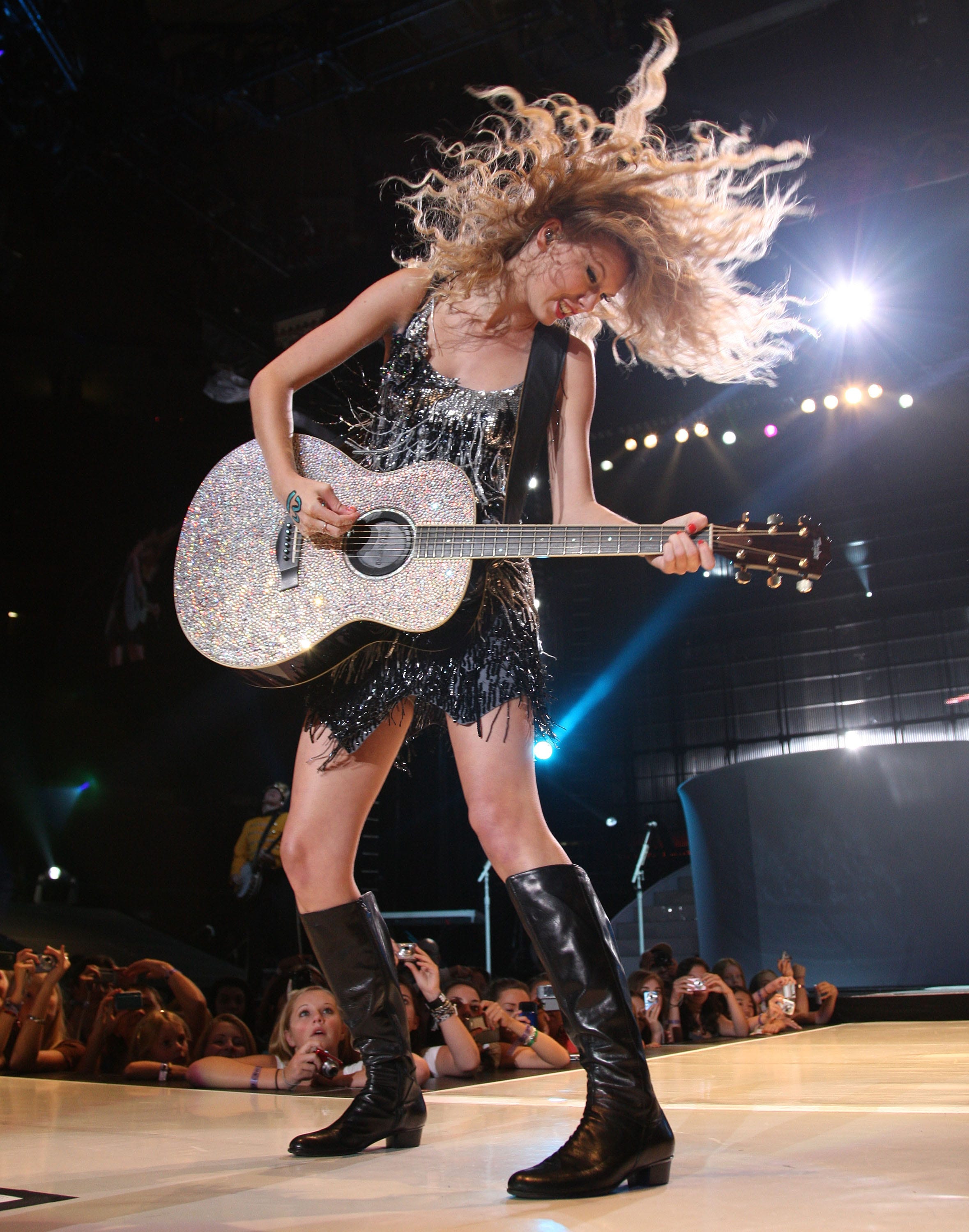 A big question heading into the rerecords: Would Swift, a Pennsylvania native who has since moved into the pop and indie spheres revive the country twang she used in her earlier work?

The answer, we’re thrilled to confirm, is yes. It isn’t as noticeable as the original and Swift has a more mature and slightly wider vocal range than she did as a teen, but the emphasis on the “r” in “Fearless” and some long, drawn out “I”s and “Y”s undeniably mark a return of yee-haw Taylor.

None of the musical edits feel wildly different from the original, though there are small instances that feel like Easter eggs to hardcore fans, including a noticeable new inflection on “mama” in “Fifteen,” a note change in “Love Story’s” “so close your eyes” and an altogether smoother chorus in “The Way I Loved You.”

As Swift returns to the often autobiographical work she wrote as a teenager, there were bound to be some lines that reminded us how she’s changed from a talented kid with a guitar to one of today’s biggest superstars.

Some lines that hit particularly hard hearing Swift sing in 2021:

“White Horse”: “I’m gonna find someone someday who might actually treat me well”

If only the teenage Swift facing very public breakups could see her 2021 self in a loving, long-term relationship with a man who sometimes even writes songs with her.

“The Best Day”: “I don’t know who I’m gonna talk to now at school / But I know I’m laughing on the car ride home with you”

Swift wrote this song about her mom, and it’s particularly moving to hear years later following Andrea Swift’s 2015 cancer diagnosis announcement, covered in the musician’s 2019 heartbreaking song “Soon You’ll Get Better,” in which she sings “I hate to make this all about me / But who am I supposed to talk to? / What am I supposed to do if there’s no you?” 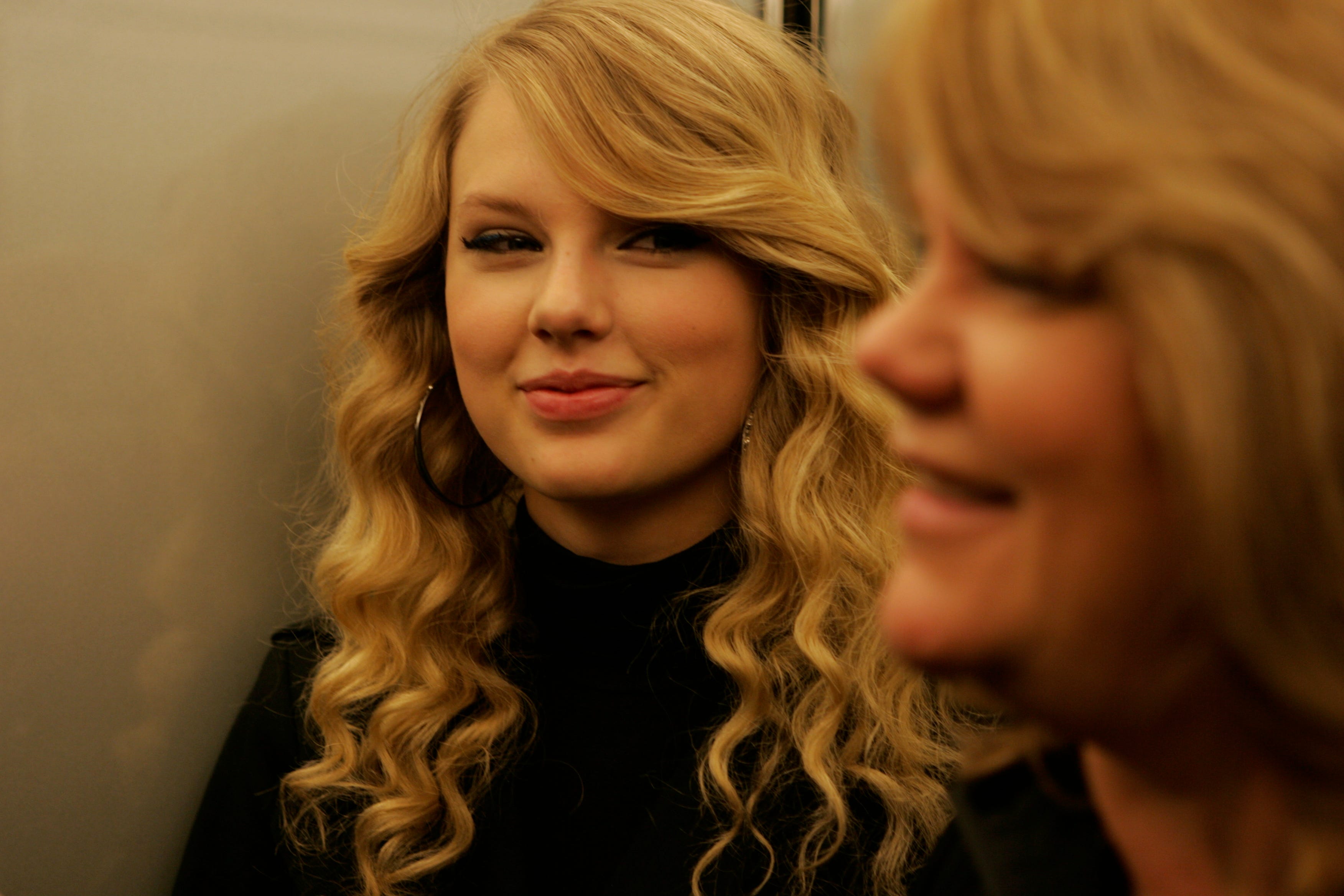 “Fifteen”: “When all you wanted was to be wanted / Wish you could go back and tell yourself what you know now / Back then I swore I was gonna marry him someday / But I realized some bigger dreams of mine.”

In the time since this song debuted, Swift has won dozens of major awards and recently made Grammy history as the first woman to win three album of the year awards. Talk about doing things in your life greater than dating the boy on the football team.

“Superstar”: “I am no one special, just another wide-eyed girl who’s desperately in love with you / Give me a photograph to hang on my wall, superstar / You played in bars, you play guitar / And I’m invisible and everyone knows who you are”

Again, Swift, whose Reputation Stadium Tour broke the record for highest-grossing U.S. tour in 2018, feeling inferior to a dude who’s performed in front of a few dozen people? It’s a little funny to hear in 2021, but also a sweet testament to how far she’s come.

“Love Story”: “We were both young when I first saw you”

For longtime Swifties, this one now feels like a badge for sticking with her through the years – close your eyes and more than a decade of flashbacks start.