2021 has seen the weakest start to central bank gold buying in over a decade, the World Gold Council says | Currency News | Financial and Business News 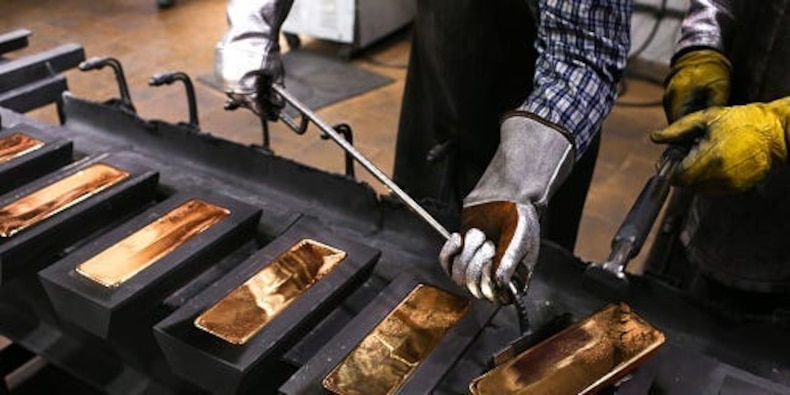 2021 has been a bad year for gold lovers. The precious metal is down more than 8% year-to-date while digital alternatives like bitcoin continue their historic run.

To add to gold bulls' woes, data from the World Gold Council shows central banks being net sellers of gold in 2021, offloading 16.7 tonnes.

Central banks did add 8.8 tonnes of gold to their reserves in February, with notable buyers including India (11.2 tonnes), Uzbekistan (7.2 tonnes), and Kazakhstan (1.6 tonnes), but overall, 2021 has been the weakest start to central bank gold buying in over a decade.

Many major gold miners have also seen their stocks underperform this year. Two of the largest publicly traded gold miners, Barrick Gold and Newmont Mining, are down roughly 15% and 2%, respectively.

That's compared to the S&P 500's more than 11% jump since the beginning of the year.

Bank of America analysts said in a note to clients in February that there have been signs of "fading" demand in the gold market for some time due to a "lack of interest from investors" in buying physical gold.

The bank's analysts also noted Jewelry sales have been "disappointing" due to softness in demand from key regions like India thus far in 2021.

BofA isn't the only bank to back away from gold either.

UBS Wealth Management told its clients that gold will struggle to attract sufficient ETF inflows to sustain prices north of $1,900 in January.

The wealth management team added that they believed gold would likely fall to around $1800 per ounce by the end of 2021.

Since then, gold prices have fallen even more dramatically than UBS predicted. The precious metal is down 11% from 2021's high of $1,949 per ounce to around $1,730 per ounce.

The UBS team said given gold's weakness, silver, platinum, and palladium are the precious metals of choice for investors in 2021.

"We advise investors with an elevated risk appetite to be long platinum and palladium," UBS analysts wrote.

Of course, not every bank is bearish on gold's prospects. Both Goldman Sachs and Citibank see gold prices returning to $2,000 or higher in 2021 due to a weakening US dollar.